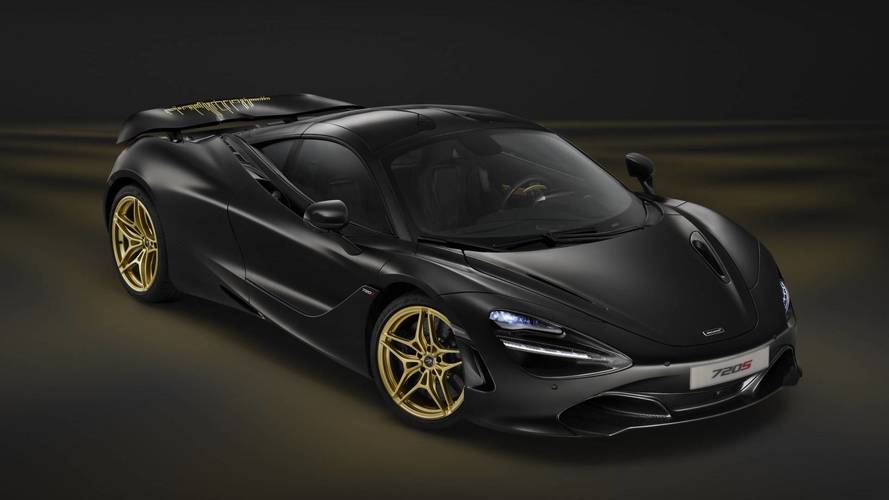 McLaren Special Operations has taken the wraps off a rather unique one-off at the Dubai motor show this week, based on its 720S model.

Built for one unnamed (and we suspect rather rich) client, the 720S in question is painted in Zenith Satin Black paint, with gold accents, and gold painted alloy wheels. As if that wasn't enough, the heat shield is also made from 24-carat gold, in a lovely nod to the company's 25-year-old F1 supercar. There's also a smattering of gold touches on the inside too.

On the rear wing of the special one-off car is a quote from company founder Bruce McLaren: 'Life is measured in achievement, not in years alone', painted in Arabic lettering, stylised to echo the Dubai city skyline – and you guessed it, the special touch has been finished in gold. McLaren says that the rear wing took 30 hours to paint and finish, while the entire car took 120 hours more than usual to produce thanks to its one of a kind look.

This 720, despite appearing unique, is completely unchanged under the skin, so it is powered by McLaren's 4-litre twin-turbo V8 engine and can get itself to a top speed of 212mph. When it drives as well as this why fiddle around too much? Certainly we can imagine that the owner won't be holding the performance back when he takes delivery of the car following the conclusion of the Dubai show later this week.

The car isn't a production one – a plaque in the cockpit clearly identifies it as 'one of one', but if you dig deep and ask nicely, we're fairly sure that McLaren and the chaps in the MSO division will be happy to put together something equally as striking for you.