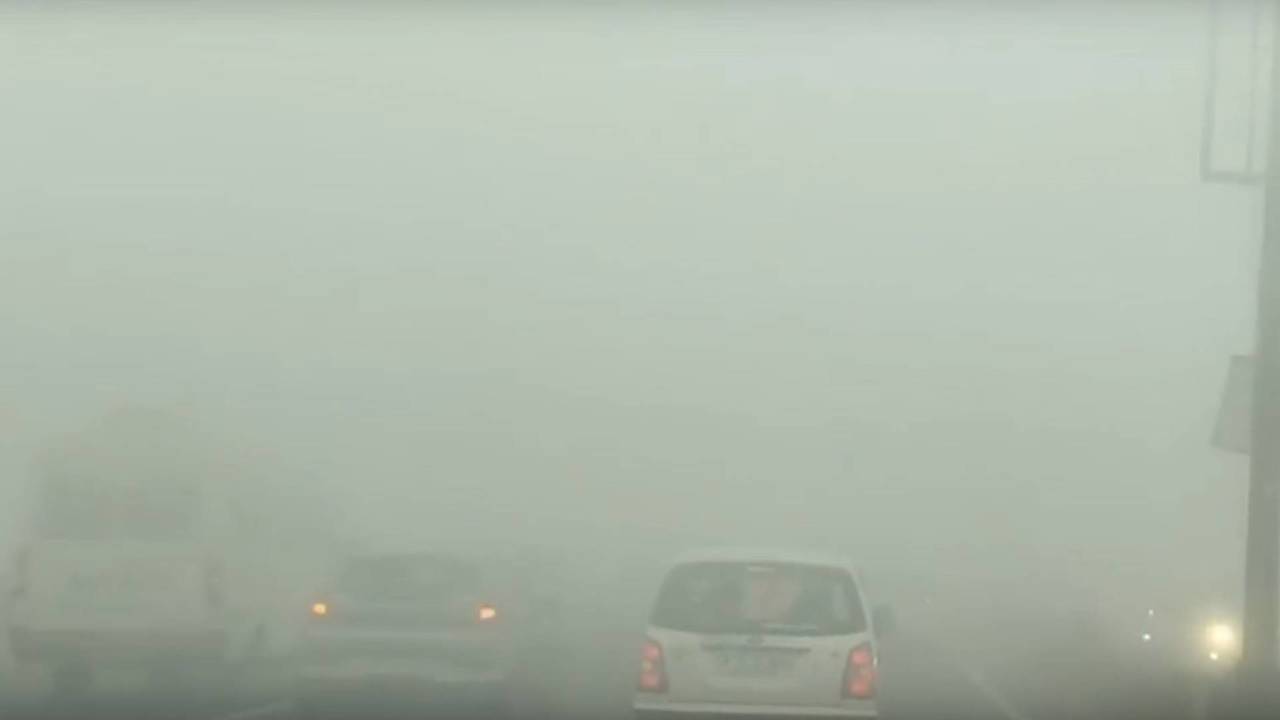 India’s capital city New Delhi is in the grips of smog so bad even its anti-smog helicopters that have been introduced to combat the problem are unable to get off the ground.

The pollution has enveloped the city for days, and measures to get to grips with the toxic soup haven't helped at all, so city authorities came up with a plan to fly helicopters over buildings at a height of 100 metres to try and dampen fine particulate matter that is hanging in the air. 'Sprinkling water is the only way to bring down the dangerous pollution levels,' said Shruti Bhardwaj, an environmental official charged with monitoring air quality.

Delhi's chief minister, Arvind Kejriwal, said New Delhi was a 'gas chamber' as the city government met on Tuesday afternoon to consider a response to the crisis. Doctors have declared the smog a public health emergency, and United Airlines has even cancelled flights into the city because visibility is so bad – other airlines are set to follow suit. The US Embassy in New Delhi has released its measurements of PM 2.5 particulates, which showed a reading of 523 – experts say that the outer limit of 'good' air is 50.

Scientists say that the levels of smog in the city are 10 times the levels of pollution that can currently be found in serial first-placed offender Beijing. The smog is a perfect storm of issues coming together to cause problems – farmers who have recently harvested crops near the capital are illegally burning their fields, construction in the city and pollution from the notoriously poor traffic have all contributed, even the weather is playing a part.

Construction has been banned in the city, parking charges quadrupled and a new system introduced where cars can only enter the city on particular days based on whether their number plate finishes in an odd or even numbers.