Jaguar's F-Pace gets the SVR treatment in this Nürburgring video 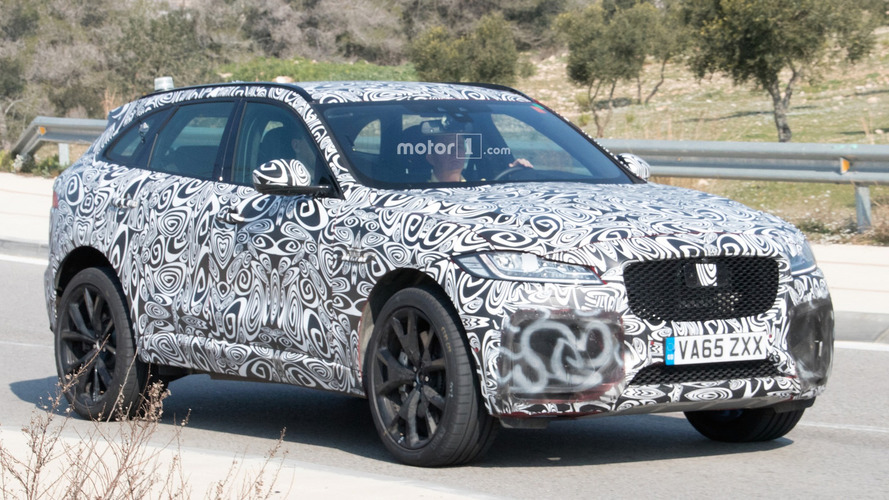 This new performance SUV won't be lacking in 'pace'.

Jaguar entered the lucrative luxury SUV market with the F-Pace last year, a curious move given that sister brand Land Rover makes nothing but fancy off-roaders – but everyone else is making them, so why not? Now it looks as if the F-Pace is following in the footsteps of its Range Rover cousin by going down the sporty route.

The latest spy photos show one of Coventry's finest F-Pace test models wrapped in camouflage and lapping the Nordschleife track at the Nürburgring as JLR's high-performance division, Special Vehicle Operations, gets to work on an F-Pace SVR.

The new car is sporting aggressive bonnet scoops and a new rear bumper with a quad-exhaust setup. The prototype can also be heard to be powered by a V8 engine.

Of course, there's been no official announcement of a hot F-Pace yet, but expect the production version to pack a version of the same 5-litre supercharged V8 motor that can be found in the British car maker's F-Type SVR, albeit developing around 500bhp in this installation. We're expecting the new SUV to be capable of a 0-62 sprint of around the four second mark, much like the would-be hot SUV's immediate rivals, the Alfa Romeo Stelvio Quadrifoglio and Porsche Macan Turbo.

Given that we initially spotted the SVR version of the F-Pace out testing last February, a September reveal at the Frankfurt show seemed almost a given – fingers crossed now for a Geneva unveil in March 2018. So we'll probably have a better idea of what the F-Pace SVR will look, sound, and perform like in the early part of next year. Alfa? Porsche? You have been warned. In the meantime, check out the video below of the racy Jaguar out testing in Germany.