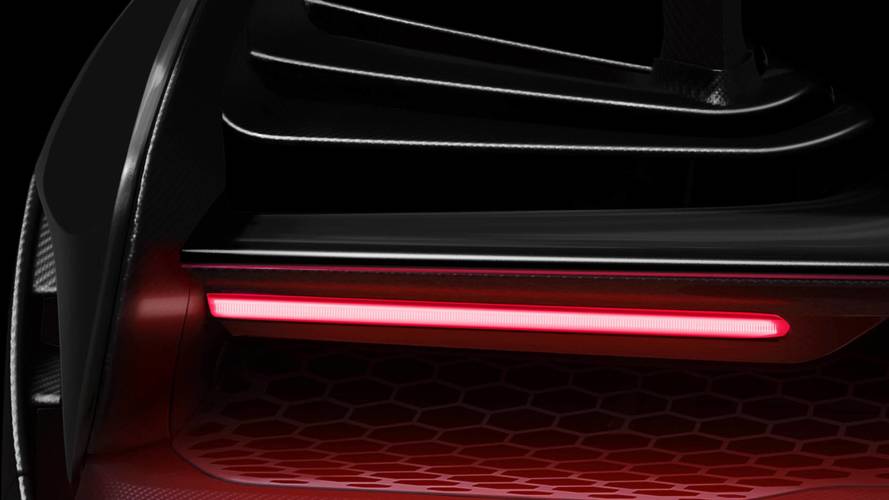 The new track-focused road car is to be launched online on 10 December.

British supercar maker and occasional Formula 1 team McLaren has announced that it will launch its next Ultimate Series model on 10 December online. The news has been revealed at the Dubai motor show, where Chevrolet yesterday took the wraps off its new Corvette ZR1.

The new car has been designed from the outset as an overtly track-focused car that can also be used on the road – McLaren says that daily usability has been 'sacrificed to give the most intensive driver experience around a circuit', and that it will be the 'ultimate track-concentrated McLaren'.

The company has already teased a single image of the new car's triple-layout exhaust, and the new picture also appears to be taken from the rear end of the car, showing off a rear LED and lots of naked carbonfibre. The company is clearly drawing considerably on its F1 aero experience with the new car as winglets and other touches are already visible.

There's also a second Ultimate Series model under development, which has been codenamed BP23, which aims to be the world's first hyper-GT. Both cars will be available in very strict limited numbers. The core of McLaren's range of cars forms the Super Series, but the Ultimate Series is intended to provide a more intense driving experience. It was previously made up of the P1 and P1 GTR.

McLaren has previously announced that it plans to launch 15 new models or derivatives before the end of 2022 under its Track22 business plan, of which this new Ultimate Series car will be the third. The car is also set to make its public debut at the Geneva motor show in March 2018.