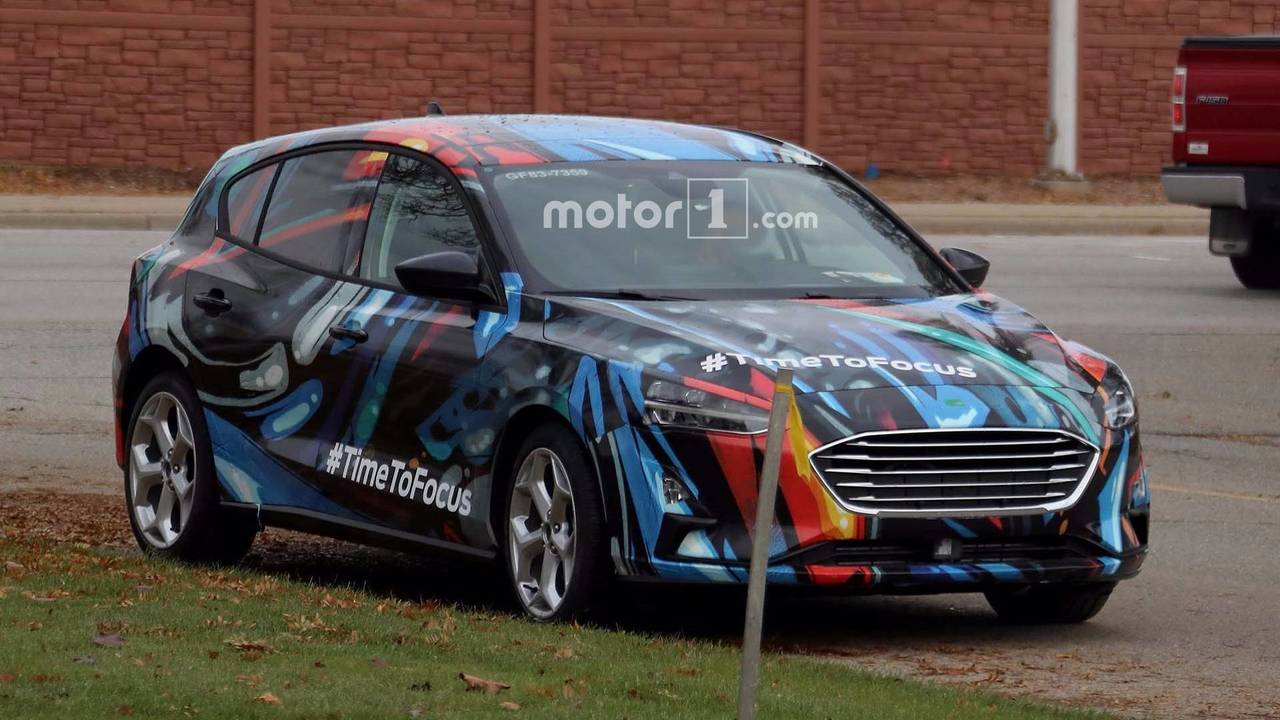 It's certainly one of the more colourful pre-production cars we've seen.

As far as strange camouflaged vehicle wraps go, this one applied to a pre-production 2018 Ford Focus is at least colourful, possibly even artful.

We suspect the driver – who hastily jumped out with a cover to shield our spy photographers from getting more shots of this virtually undisguised Focus – has more pressing things to think about. This is certainly the clearest look we’ve enjoyed of the forthcoming car so far, revealing the sculped lines on the bonnet and front end while giving us a good view of its flared rear arches.

Up front, we specifically get a close look at the new LED accent lights on the lower part of the bumper. The grille is very similar to the current model, although it’s grown in size and has moved a bit lower to create more separation between the headlights. It seems the whole car is just a bit larger than the current Focus as well.

Inside, that growth should be realised with extra interior room to better compete with the Honda Civic and Volkswagen Golf. Space alone won’t be enough for the Focus to compete, however, which is why we also expect an upgrade in materials and overall quality – a criticism that has often been leveled at the current car.

Production-wise, we already know the next Focus will be built in China to serve global markets. A complete engine lineup isn’t yet confirmed, though to cover such a range of markets we expect to see the company's 1.5-litre three-cylinder turbo as the volume engine, with a variety of specific options available in different areas. Likewise with gearboxes – manual will be the default option in the UK, although the latest version of the company's dual-clutch automatic will also be available.

We expect Ford to reveal the new Focus early next year, possibly at the Detroit or Geneva motor shows in the first quarter of 2018.