Seat announces UK pricing for its most powerful car ever 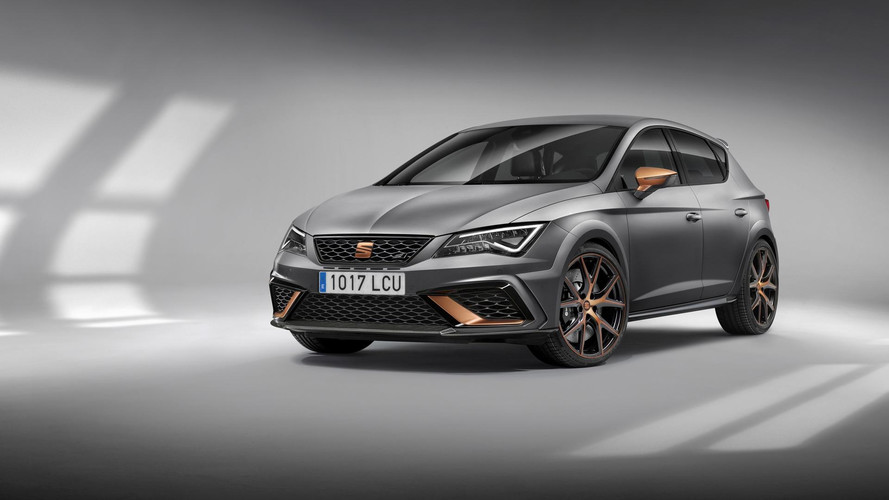 Only 24 of the new Leon Cupra R have been allocated to the UK.

Seat has revealed the UK price for its ultra-limited-edition Leon Cupra R, which has been limited to just 799 examples worldwide, of which a mere 24 will make their way over to British shores.

The fact that it will be super rare and is also Seat's most powerful model ever mean that the Cupra R will no doubt be given instant collectible status, allowing buyers to overlook its rather potent £34,995 list price.

The UK version of the racy Leon will be available exclusively with a manual gearbox and 306bhp – Seat did announce when the car was initially revealed ahead of the Frankfurt motor show that the car would also be available with a dual-clutch automatic transmission and a power output of 296bhp, but clearly Seat UK has decided its buyers won't be interested in letting the car do the gears itself.

All of the Cupra R models sold will feature special copper accents across the exterior and interior, as well as a number of carbon-fibre details on the front and rear spoilers. The car gets copper and black 19-inch wheels as standard and a more aggressive bodykit befitting its sporty status. The wing mirrors and wheel rims will be finished in copper.

The interior continues the carbonfibre/copper theme from the outside of the car, with the steering wheel and gearstick being upholstered in Alcantara too. The Cupra R will be available in Monsoon Grey and Midnight Black are the two colours available when speccing your UK model – both paint jobs are included in the price of the car, which is very kind of Seat to throw in.

Dynamically there are tweaks over the standard Cupra model, with Brembo brakes fitted, modified camber on the front axle and adaptive suspension dynamic chassis control fitted too. Other treats featured on the car include keyless entry, heated seats, parking camera, satnav and adaptive cruise control as standard.

The Leon Cupra R is available to order now through all good Seat dealerships.