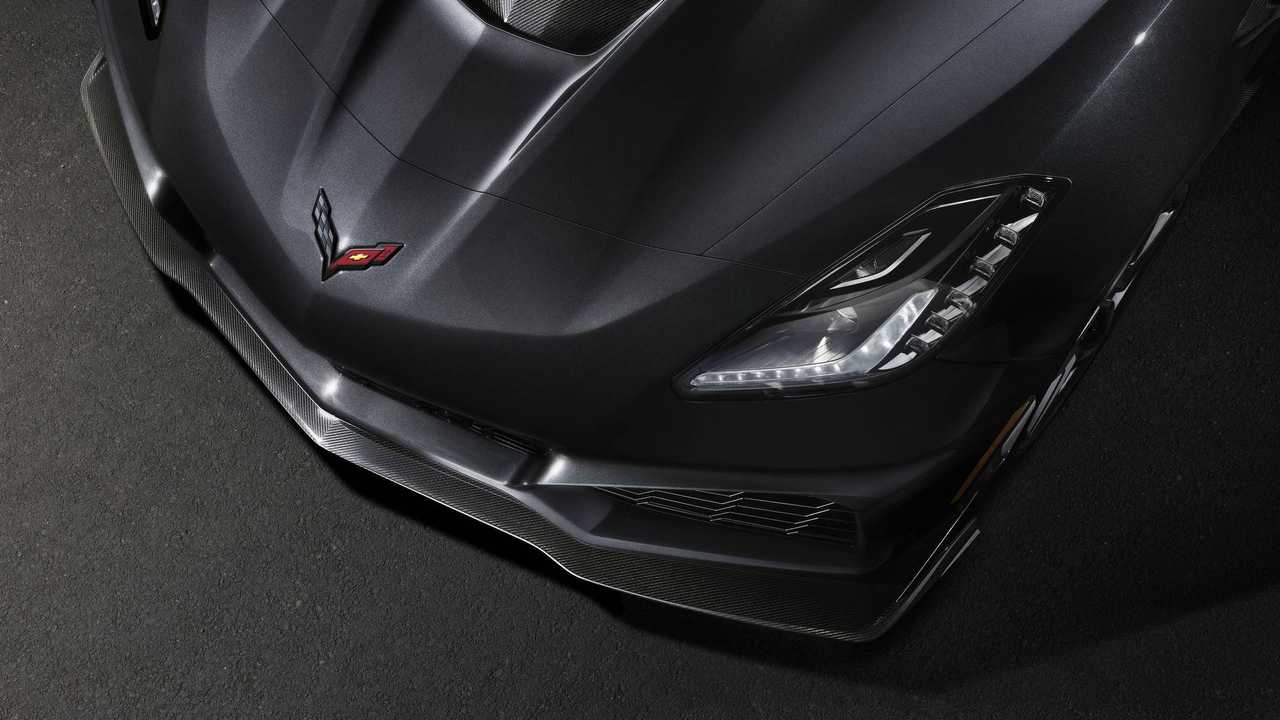 The monstrous new Chevrolet Corvette has been revealed at the Dubai motor show of all places.

Dubai is probably the last place in the world where you would expect the quintessentially American Corvette ZR1 to make its long-awaited debut, but Chevrolet must have had a legitimate reason for picking the ongoing 2017 Dubai motor show to unveil the fastest and most powerful production Corvette it has ever made.

'The king is returning, stronger than ever,' says the press release – and the ZR1 manages to live up to that statement thanks to an exclusive 6.2-litre supercharged V8 LT5 engine that develops a mighty 755bhp at 6,300rpm and an immense maximum torque of 715lb ft at 4,400rpm. In order to achieve the staggering output, Chevrolet's engineers developed a dual fuel-injection system, which represents a first for General Motors.

To please both worlds, the company with the bowtie emblem will sell the 2018 Corvette ZR1 with a choice between a seven-speed manual (with active rev match) and an eight-speed automatic transmission. It’s the first time in the ZR1’s prolific existence that it has been made available with an automatic gearbox. A new carbonfibre 'halo' bonnet had to be developed to help cool the upgraded engine generating the highest output ever seen in a roadgoing Chevy production car.

There’s more to the flagship Corvette than its powerful engine, however, as the ZR1 has also gone through a series of aerodynamic upgrades compared with the previous range-topping beast, the Z06. Customers will be able to choose from one of the two aero packages: standard Low Wing and optional two-way-adjustable High Wing.

If you’re after the highest top speed possible, you will have to go with the Low Wing configuration as that will enable the ZR1 reach more than 210mph. Despite featuring the base aero settings, the Low Wing-enabled Corvette ZR1 still generates up to 70 percent more downforce than the aforementioned Z06.

If you’re after blazing quick laps on the track, go for the High Wing setup that boasts 60 percent more downforce (at an estimated 430kg) than the Z06 fitted with the Z07 Performance Package. Regardless of selection, both ZR1 flavours will benefit as standard from a front underwing. Selecting the High Wing means you’ll be getting the optional ZTK Performance Package, which also encompasses a front splitter benefitting from carbonfibre end plates. The kit also brings bespoke tuning of the chassis and Magnetic Ride Control, along with Michelin Pilot Sport Cup 2 summer tyres.

Those willing to reach deeper into their pockets can order the new Sebring Orange Design Package adding an array of orange accents combined with the main Sebring Orange Tintcoat paint. The orange theme continues on the inside for the seatbelts and the upholstery stitching, while a bronze aluminium trim rounds off the changes.

Chevy says the Corvette ZR1 will go on sale next spring, without revealing how much it's going to cost. You'll probably have a hard time getting hold of one in the UK anyway – there are no official plans for it to be sold over here. Perhaps you can sneak one back from holiday in your hand luggage...