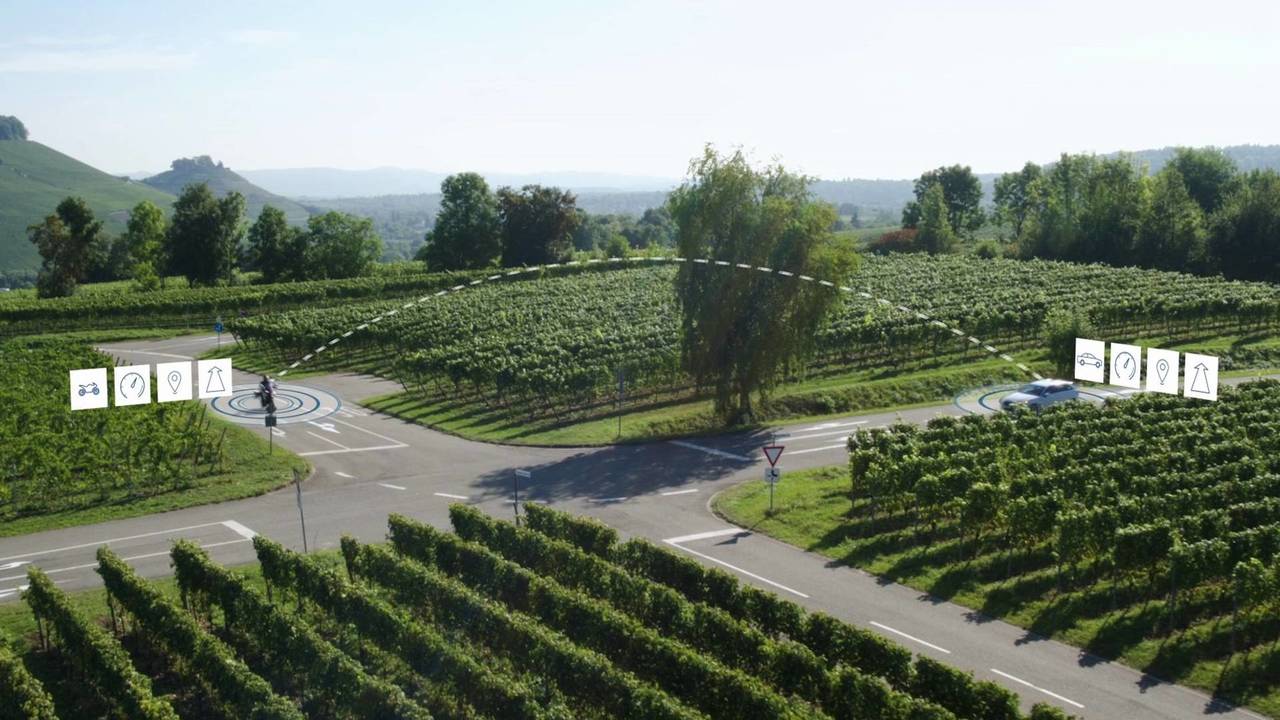 German tech wizards have developed a system that warns cars of approaching bikers.

Bikers need no longer worry about cars on the road thanks to a new system developed by Bosch. The German electronic giant has come up with a system that could allow machines with two wheels and four to co-exist peacefully.

As many as 10 times a second, the motorbike and several cars in a radius of a few hundred metres trade data regarding vehicle type, speed, position and direction of travel with the new Bosch system. It works both ways too – long before the bike is even visible to the car it is approaching, the car informs the driver that there's a bike on the way.

So how does it all work? Well, as much as we'd like to say it is, it's not witchcraft. In fact, it's something pretty simple by modern standards: wifi. Using technology similar to the public WLAN standard (ITS G5), data is exchanged between motorcycles and cars in just a few milliseconds.

The system is part of Bosch's recently unveiled integrated connectivity cluster — an all-in-one rider information and communication system developed especially for motorcycles and powersport vehicles. The system lets riders connect their phone to their bike via Bluetooth.

It has already made it into production with the BMW R 1200 GS earlier this year and in cooperation with BMW a navigation function has since been added. It also adds features more likely to be found on modern cars than modern bikes, such as the ability to receive and make calls, as well as the ability to listen to music stored on the connected device.

It's not just motorbikes that Bosch has been working on, but electric bicycles too. It has developed the world's first ABS system for power-assisted push bikes, making 'pedelec' biking safer than ever.

This market-first works thanks to an intelligent and innovative system that prevents the front wheel from locking up and also stops the rear wheel lifting. This shortens the braking distance and reduces the risk of the rider flipping over the handlebars.

Bosch studied pedelec incidents and found a quarter of them could be avoided if all of the bikes were fitted with an ABS system. Selected fleet partners can get the system now, with a full rollout expected in a year's time.