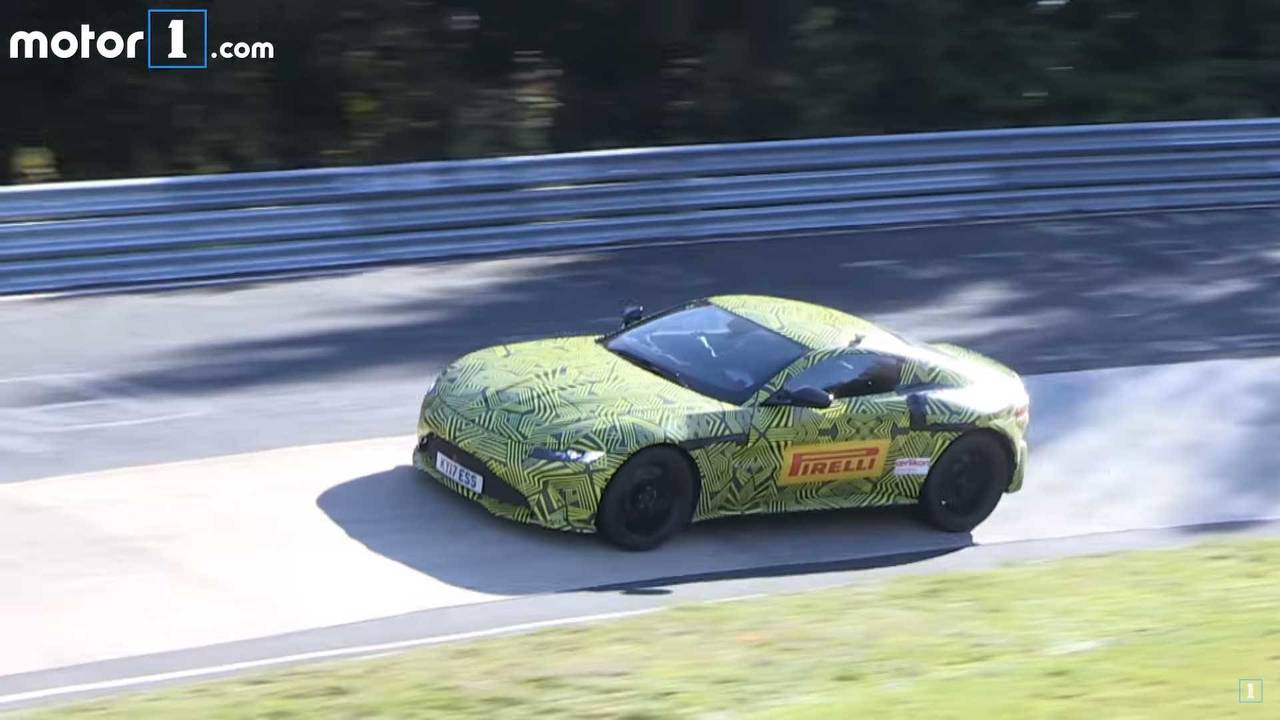 The twin-turbo V8 is getting a final Nürburgring workout before its 21 November debut.

There are only a few days to go until we finally get to see the new Aston Martin Vantage, but for now we’ll have to get by with this crisp video footage of the car getting a workout at the Nürburgring. Even with its garish yellow/black hypnotic camo wrap in full effect, the car looks pretty fab going through the corners. And its burbly V8 sounds properly enticing as well.

At this point it’s pretty well known that the new Vantage draws all kinds of inspiration from the smooth-and-sexy DB10 that Aston Martin built specifically for the 2015 Bond film Spectre. We’ve seen the thin headlights, thinner taillights, flowing curves and bulky rear haunches in plain sight all summer long, obscured only by the crazy camo wrap and giant Pirelli logo on the doors.

It’s also well-known that, under the hood of this Aston beats the heart of a Mercedes-AMG-derived V8. The 4-litre engine will host a pair of turbos and is expected to produce somewhere in the range of 500bhp. Whether that power is connected exclusively to a dual-clutch automatic or a manual gearbox, only time will tell – we're expecting both to be available on the options list and we'd be perfectly happy with both.

Its smaller proportions and extensive use of aluminium should help the new Vantage tackle corners in addition to its status as a proper grand touring machine. We can only imagine what this car will be like when the V12 version comes into the fold, never mind the inevitable special edition models that are sure to come.

In the meantime, enjoy this clip and its V8 soundtrack. The full reveal is less than two weeks away.