The improbable racer has been designed and built by ex-soldiers taking part in the Race of Remembrance.

Honda has revealed a special one-off racing car based on its CR-V diesel SUV, which has been designed and built by a team from Mission Motorsport, the forces' motorsport charity, in conjunction with the Honda factory race team.

The car is taking part in the fourth annual Race of Remembrance this weekend at Anglesey circuit in north Wales, driven by a team of ex-soldiers and Motor1.com's Alex Goy.

The car is based on the most powerful model in the CR-V range, the 1.6 I-DTEC AWD EX model, which uses a nine-speed automatic transmission to ensure that amputees in the team are able to drive in the 12-hour race, which starts at 3pm on Saturday 11 November and takes place into Sunday, pausing between 9pm and 9am.

The team racing the car this weekend includes Private Lionel O’Connor, who lost his left leg when serving with the Royal Anglian Regiment in Iraq in 2006, Jon-Allan Butterworth MBE, a 2016 gold medal paralympian who lost his left arm serving with the RAF in Iraq in 2007, motoring journalist Alex Goy and Mission Motorsport’s CEO and chief instructor, Major (Retd) James Cameron.

The car has been heavily modified by Mission Motorsport in order to go racing – the large panoramic glass roof has been replaced with a clear perspex panel for safety. Inside the car, the interior has been stripped except the dashboard, a bespoke roll cage has been fabricated and installed along with race seats and harnesses. 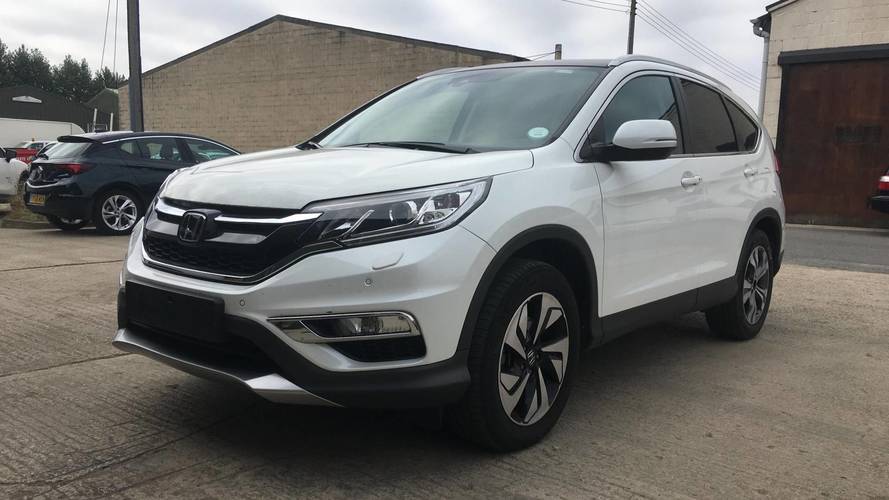 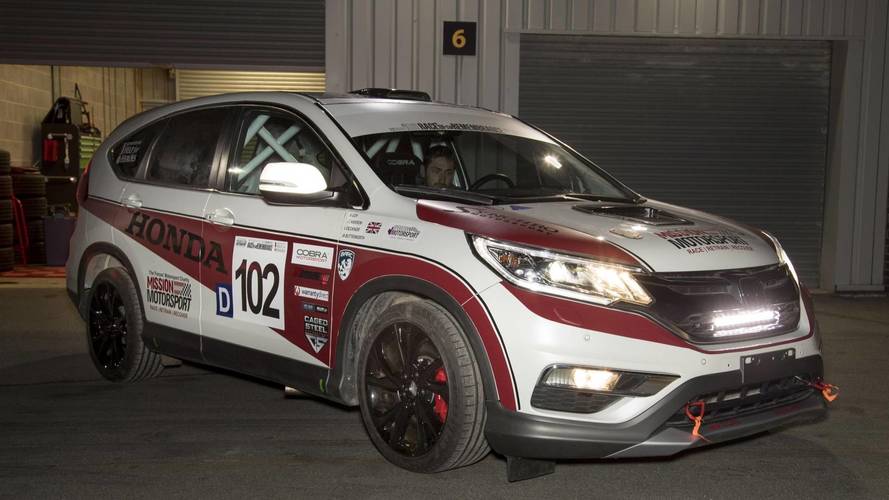 Special suspension has had to be sourced, adapted and added to significantly lower the centre of gravity, plus custom radial brackets have had to be made to allow the large Brembo brakes from a Civic Type R to be fitted. Wider wheels from a Civic Sport have been used to clear the new brakes. Adjustable camber control arms have been fabricated to allow the setup to accommodate the significantly lowered ride height, while at the front of the car, regulation towing hooks have been fitted.

The Race of Remembrance runs in the dark for six hours, so an additional LED light bar has been integrated into the grille, with bonnet and roof scoops installed to aid engine and driver cooling during the 12 hours of the race. As many as 45 teams will start the race at 3pm on Saturday and continue into the darkness until 9pm, before the race resumes on Sunday at 9am, pausing for the remembrance service which takes place in the pit lane and involves drivers, pit crew, marshals, race officials and spectators.

'Last year, a Civic Type R from the Synchro Motorsport team won the invitational class at the race,' said James Cameron, CEO at Mission Motorsport. 'We were very keen to work with Honda again and have a Honda on the grid. However, we couldn’t let them have it too easy and the idea of the race CR-V was born.'

'I’m nervous, but excited at the same time,' said Lionel O’Connor. 'I only passed my ARDS [racing licence] test two weeks ago, and while I’ve done a lot of car control driving with the charity this is another step altogether. The CR-V looks incredible and I’m very fortunate to get to race it.'