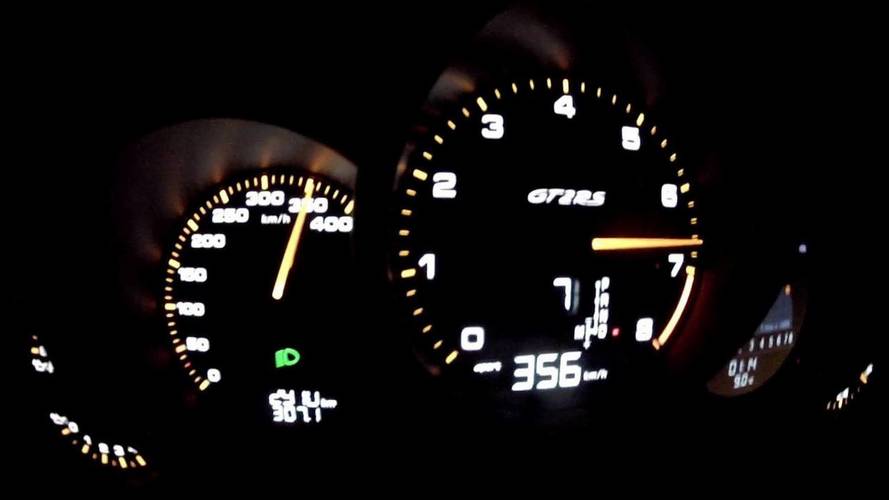 Or it could be 212mph, but either way it's terrifying on the motorway.

Porsche may say the new 911 GT2 RS can’t go beyond 211mph, but it seems the talented folks from Stuttgart might have slightly underrated the capabilities of their ultimate 911. Germany's Sport Auto magazine took the opportunity when testing the crown jewel of the extensive 911 range to stretch its legs on the autobahn where it was taken to the max on one of the remaining unrestricted sections.

Flat out, the 911 GT2 RS managed to hit an astounding 221mph, but as we all know, speedometers have the tendency to show a speed that’s slightly more optimistic than the actual velocity. Thankfully, the magazines says that there was a GPS device on board that clocked in the supercar at 212.5 mph, which is still a little bit higher than the official number provided by Porsche. They must have had the wind behind them.

It’s not just the maximum speed that manages to impress as we are equally amazed by how quickly the 690bhp, rear-wheel-drive monster accelerates. Looking at the specs sheet, the 911 GT2 RS needs just 2.8 seconds to reach 62mph, 5.8 seconds for the 0-100mph run, and 8.3 seconds to complete the 0-124mph task. As for the 0-186mph sprint, it can be done in as little as 22.1 seconds. Helpful to know if you're running particularly late and need to get to the other side of a huge runway quickly.

If you really like numbers, Porsche says getting from 60 to 124mph will take a mere 5.5 seconds.

As impressive as the numbers may be, these are not able to tell the whole story about the capabilities of Porsche’s flagship model. But it’s not every day we get the chance to see a car shifting into seventh gear while doing about 200mph, is it?