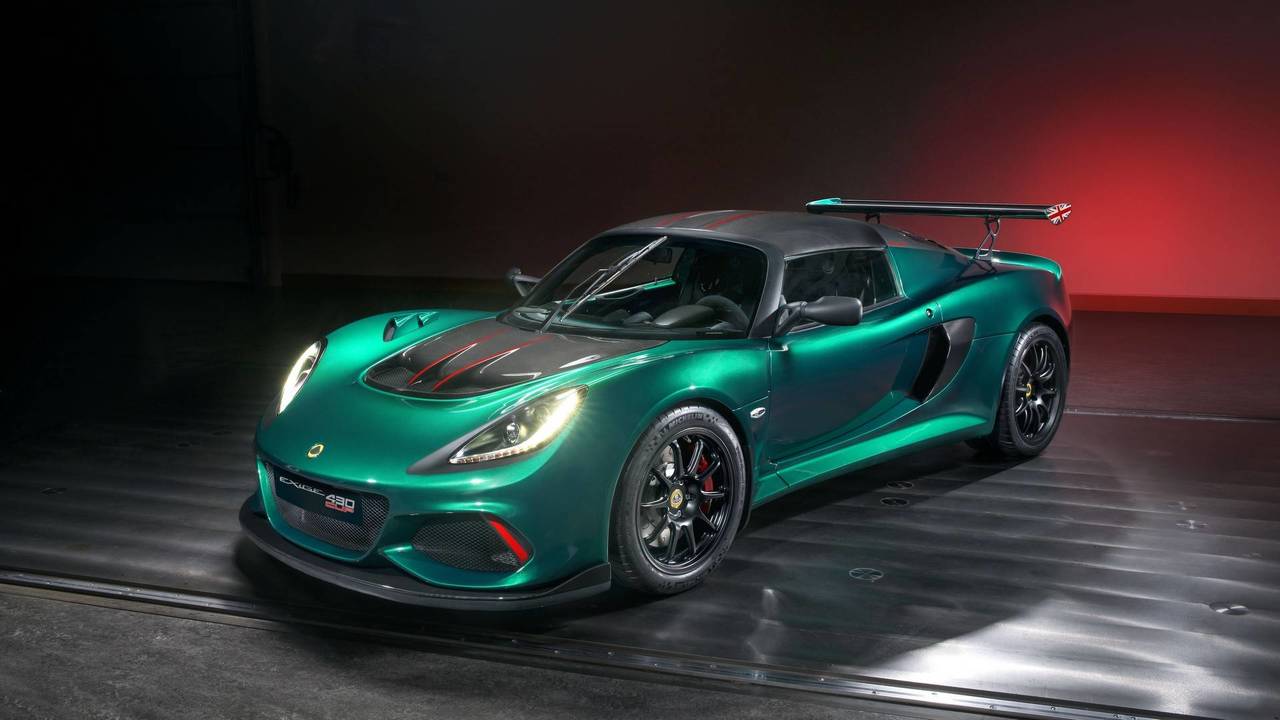 Simplify, then add lightness... and then go completely bonkers.

Lotus has taken the covers off its latest special edition and the most extreme Exige to date – the Cup 430. The new hardcore sports car from the British sports car manufacturer features an all-new high-performance engine installation, mated to a new supercharger and chargecooler, designed specifically for the unique demands of the Cup 430, and developed from the equally as mad race-derived Evora GT430.

Despite Lotus dealing almost exclusively of late in limited run special edition versions of its cars, this Exige Cup 430 is being billed as an 'unlimited edition' car, so it's a limited run model only in the sense of how many people are actually willing to buy it.

Additional wings and splitters may make this one a bit inappropriate for town driving, but on the track it'll be perfect – those bodywork enhancements deliver an impressive 220kg of downforce. Lotus has worked hard to balance airflow both over and under the car, and even increased downforce at the front of the car from 36 percent on the old model to 45 percent to aid turn-in.

That additional downforce is helped by Lotus' trademark lightness. The Exige Cup 430 has been on a diet, losing 12kg to bring the car's dry weight down to 1,059kg, or 1,056kg in its lightest configuration. This, combined with leap in power, gives the car an impressive power to weight ratio of 407bhp per tonne.

Underneath, the car sits on Michelin Pilot Sport Cup 2 tyres (215/45 ZR17 front and 285/30 ZR18 rear) that are fitted to ultra-lightweight forged alloy wheels, available in red, black or silver as standard. Despite its light weight, a car of this pedigree needs decent stopping power, too. Thankfully, that comes in the form of forged, four-piston AP Racing brake calipers and new performance two-piece, J-hook brake discs that have a higher thermal capacity to cope with the heavy stresses they'll likely be put under.

Order books for the Exige Cup 430 are already open, with it available from £99,800, including VAT. That's some serious money, and it doesn't get you much in the way of luxuries, but it will get you a serious car – and considering the huge performance on offer, we think it's pretty good value.