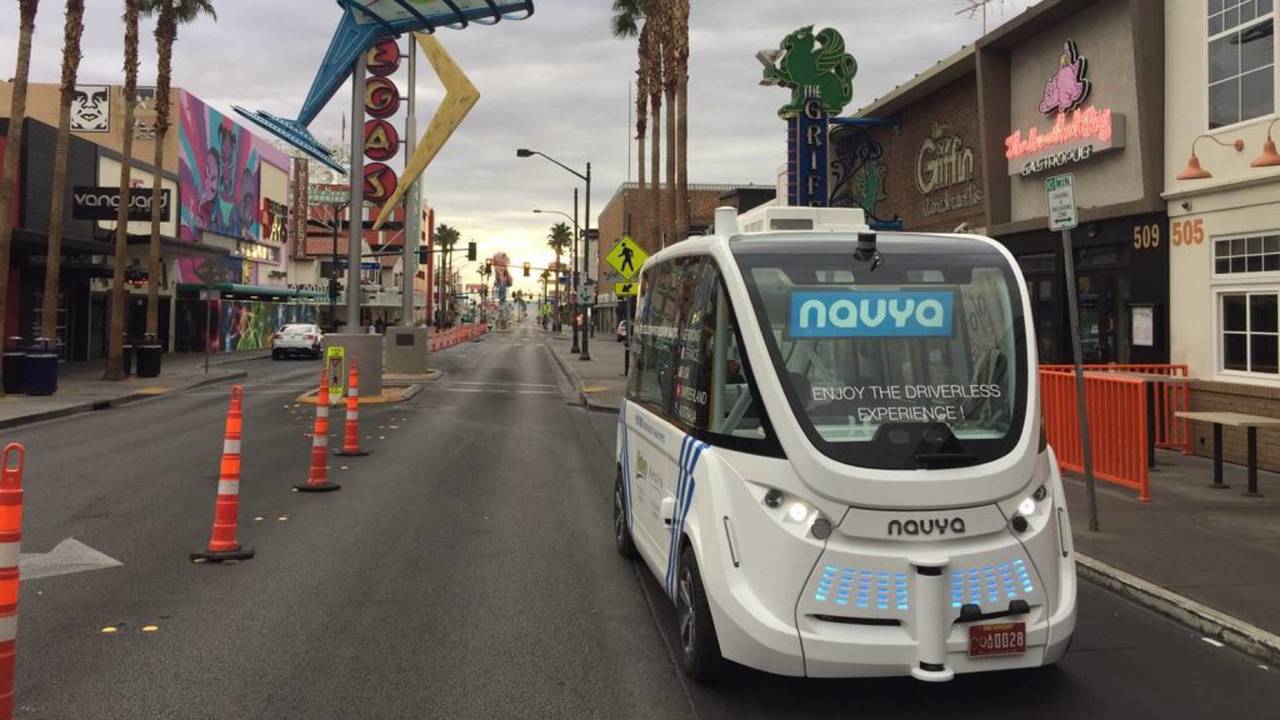 What happens in Vegas stays in Vegas...

A self-driving shuttle bus in Las Vegas has crashed into a lorry on its first day of testing, but police have said that the human driver of the lorry was to blame and have given him a ticket.

The shuttle is the first of its kind in the US, and Navya, the French tech firm behind the bus, is also performing test programmes in London and Paris.

Passengers told local news outlet KSNV that the shuttle bus simply stopped as the truck continued to reverse, and didn't move out of the way. Nevertheless, Las Vegas city representatives seem happy at the result – none of the passengers was injured and the shuttle apparently performed as it was designed to.

A statement issued by the city of Las Vegas said that the crash was a minor collision and that the bus should be back on the road on Thursday after a few routine tests: 'The autonomous shuttle was testing today when it was grazed by a delivery truck downtown. The shuttle did what it was supposed to do, in that its sensors registered the truck and the shuttle stopped to avoid the accident. Unfortunately, the delivery truck did not stop and grazed the front fender of the shuttle.'

The Navya bus runs on electric motors and can carry up to 15 passengers, but the smaller Las Vegas model has eight seats fitted with seatbelts and follows a route downtown, away from the strip. The bus is designed to run at speeds of up to 28mph, but its French manufacturers say that depending on the application it is usually limited to a more sedate 15mph. Navya also says that its buses are equipped with the latest Lidar, stereo camera and GPS technology to ensure that they are safe on the road.

Navya has a fleet of 50 autonomous shuttle buses deployed worldwide, and says that it has carried over 200,000 passengers so far. In July 2017 it announced that it would be building a factory in Michigan for the construction of its buses.