It's official: Aston Martin Vantage to be revealed on 21 November 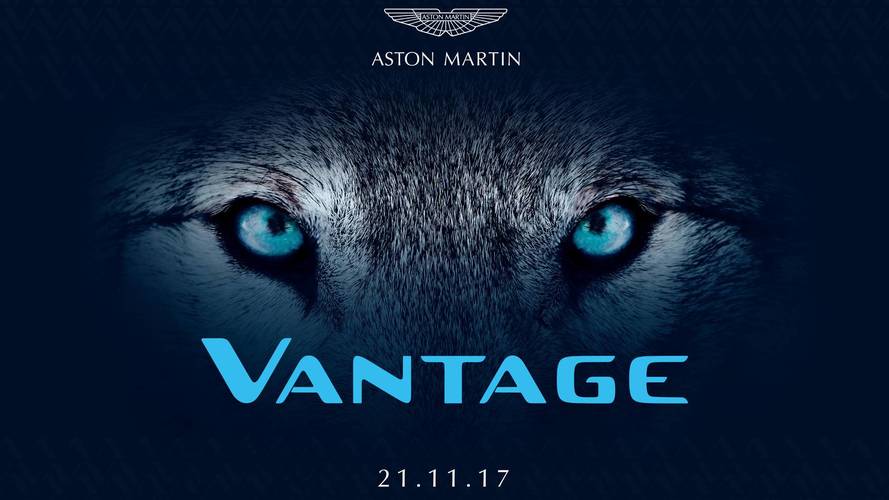 No messing around at Aston Martin – just two weeks to go.

Aston Martin has revealed on its Twitter account that its eagerly anticipated new Vantage will be officially revealed on 21 November.

It has teased an image of the car's name underneath a set of scary-looking wolf's eyes, which clearly represent the company's private equity owners if the model isn't a raging success.

There's no reason that it shouldn't be a sales hit, it seems that all the pieces are in place for another classic model from the Gaydon-based sports car manufacturer. The new Vantage is set to get a 4-litre twin-turbo V8 engine producing as much as 500bhp as part of Aston's technical partnership with Mercedes. We're expecting the car to be launched with the option of either a six-speed manual gearbox or a dual-clutch automatic transmission.

The Vantage has been spotted out and about testing, so we know that Aston Martin's engineers have been putting in the miles to make sure that the new car lives up to the company reputation and continues to set new levels of driver fun and involvement.

The baby of the Aston Martin range gets some James Bond-DB10-esque touches such as large wraparound front headlights, and we've already seen in previous teaser images from the company that the car is going to have a full length rear LED strip for a bit of added drama.

The newest version of the Vantage-badged sports car was introduced in 2005, and was intended as a more focused driver's car amid the Aston range of grand tourers and the four-door Rapide saloon. The new car will go head-to-head with the likes of the Porsche 911 and other more sporting numbers.

Remember to check back at uk.motor1.com for the latest information and all the details when the Vantage is finally revealed to the world on 21 November.