The American axed from The Grand Tour 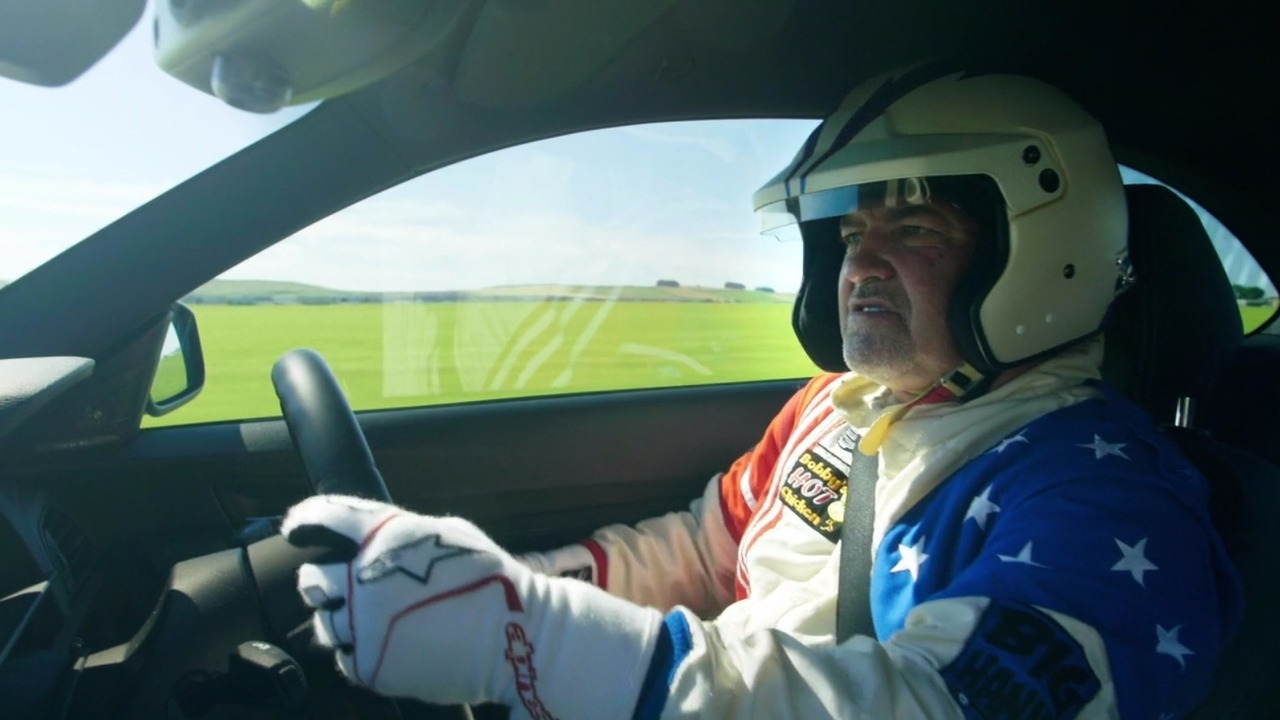 The Stig replacement won't be returning for season two.

Former Nascar driver Mike Skinner has revealed he won't be taking part in the second series of the Grand Tour.

The 60-year-old, who won the inaugural Nascar truck series season in 1995, was drafted into the show as a replacement for the Stig, who remained with BBC's Top Gear when Jeremy Clarkson, Richard Hammond and James May made the move to Amazon Prime.

But now he has revealed his character, The American, won't be brought back for the show's second season.

'For your information, I won’t be joining the guys on The Grand Tour’s 2nd season. I wish them all the luck. My character wasn’t developed as I was told,' Skinner posted on Twitter.

'I agree with many of you that it sucked,' he added. 'If you’re gonna wear Evil Knievel’s firesuit, you need to be Evil Flipping Knievel! By the way… I don’t really hate the Brits.'

During his time on The Grand Tour, Skinner lapped no fewer than 19 cars around the show's 'Eboladrome' test track at former RAF Wroughton, the fastest being the track-ready Aston Martin Vulcan from episode two of the first series and the slowest being the Abarth 124 Spider – albeit in wet conditions

Skinner, who has 29 wins and 199 top 10 finishes across Nascar's three national series also said that he enjoyed some of the cars he drove on the show and that the 'driving the shit outta those cars' was the part he liked.

A replacement for Skinner has yet to be announced, nor has his departure been officially confirmed by Amazon at this time.

The second series of The Grand Tour is set to begin on 8 December, with all episodes available through the Amazon Prime on-demand streaming service. As many as nine locations were used for filming the studio segments for the first series, including Los Angeles and Johannesburg, but the second season will be filmed exclusively in the Cotswolds – conveniently close to where Jeremy Clarkson lives.