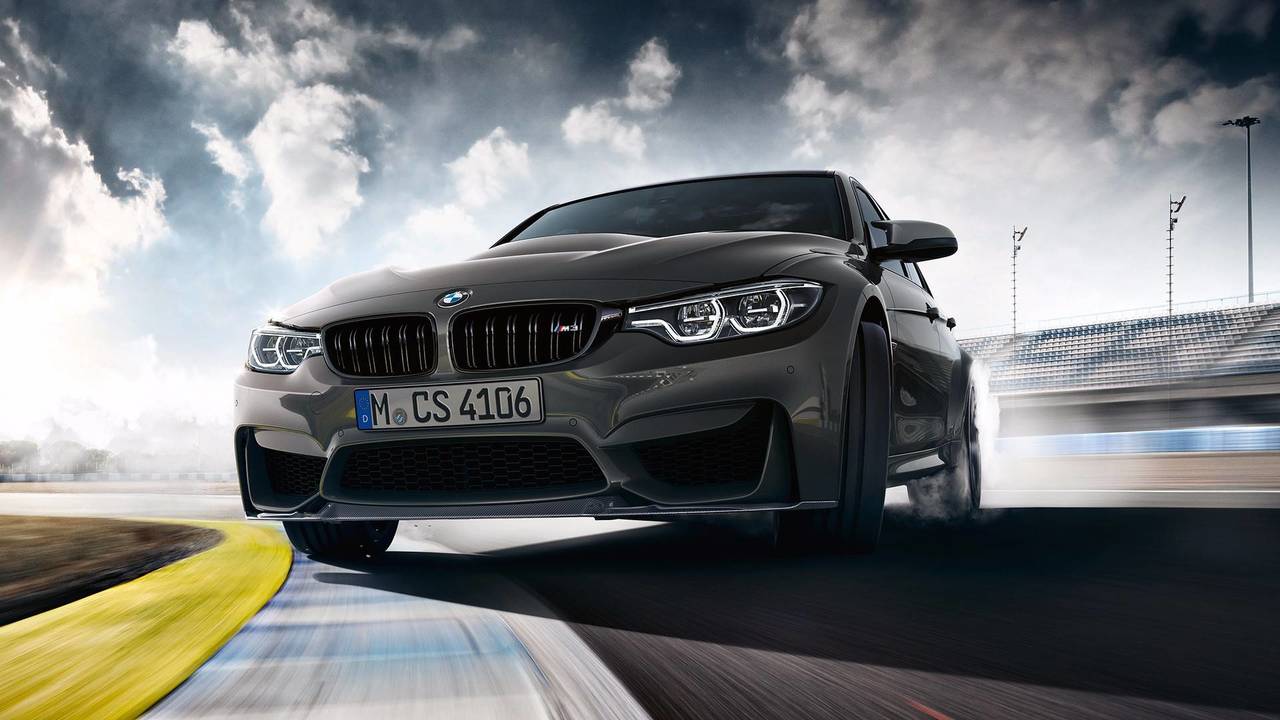 BMW is expanding its performance portfolio once again. The initial success of the M4 CS has spawned a second model with the same designation: the M3 CS. Like to its two-door sibling, the M3 CS is faster, lighter and built in extremely limited numbers... but with the added luxury of an easily accessible back seat.

Under the bonnet is a 3-litre turbocharged inline-six cylinder engine that delivers 452bhp and 443lb ft of torque. That number represents a 27bhp increase over the standard M3 and 10 percent more torque too – 406 vs 443lb ft. That extra horsepower and a 49kg weight loss allows for a 0-62mph sprint of just 3.9 seconds and an electronically limited top speed of 174mph.

To cope with all that added oomph, BMW has also fitted the M3 CS with a few extra performance parts – a dual-branch sports exhaust system with the characteristic four tailpipes has been added, and is governed by a system of flaps depending on the drive mode. Drivers can choose between Comfort, Sport and Sport+ driving modes, each providing a number of different damper settings.

Naturally, all that power is managed by BMW’s tried and tested seven-speed dual-clutch transmission, which is paired with an electronically controlled Active M limited-slip differential. It’s essentially the same features you’ll get on the M3 Competition Package, BMW admits, but the added modifications give the special-edition model even more grunt.

The M3 CS rides on a set of lightweight forged alloy wheels inspired by the M4 race cars found in the DTM touring car championship. Finished in a standard Orbit Grey Matt, the wheels comes wrapped in Michelin Pilot Super Sport tyres, 265/35 R 19 at the front, and 285/30 R 20 at the rear. BMW M compound brakes come as standard, but for a bit extra you can opt for carbon ceramic numbers.

The already muscular-looking M3 gets a significant update in the way of exterior design. A more sculpted front end, defined by a massive central vent and two scoops either side, is accented by LED headlights, a slim kidney grille and a more bulging bonnet. The new front splitter is made of exposed carbonfibre, as is the restyled Gurney flap at the rear.

The cabin follows a similar sporty theme, with a unique Silverstone/Black leather and Alcantara finish throughout. A set of specially designed lightweight M sports seats have also been fitted (carried over from the M3 Competition Package), as has an M sports steering wheel, which comes wrapped in anthracite-coloured Alcantara. Not to mention the healthy number of CS badges that have been added throughout the interior.

The new BMW M3 CS will be available to order from January 2018, although build of the new car doesn't start until March next year, so you'll be in for a little wait. Prices have yet to be announced.