Unmarked police lorry has caught out some unsuspecting motorists 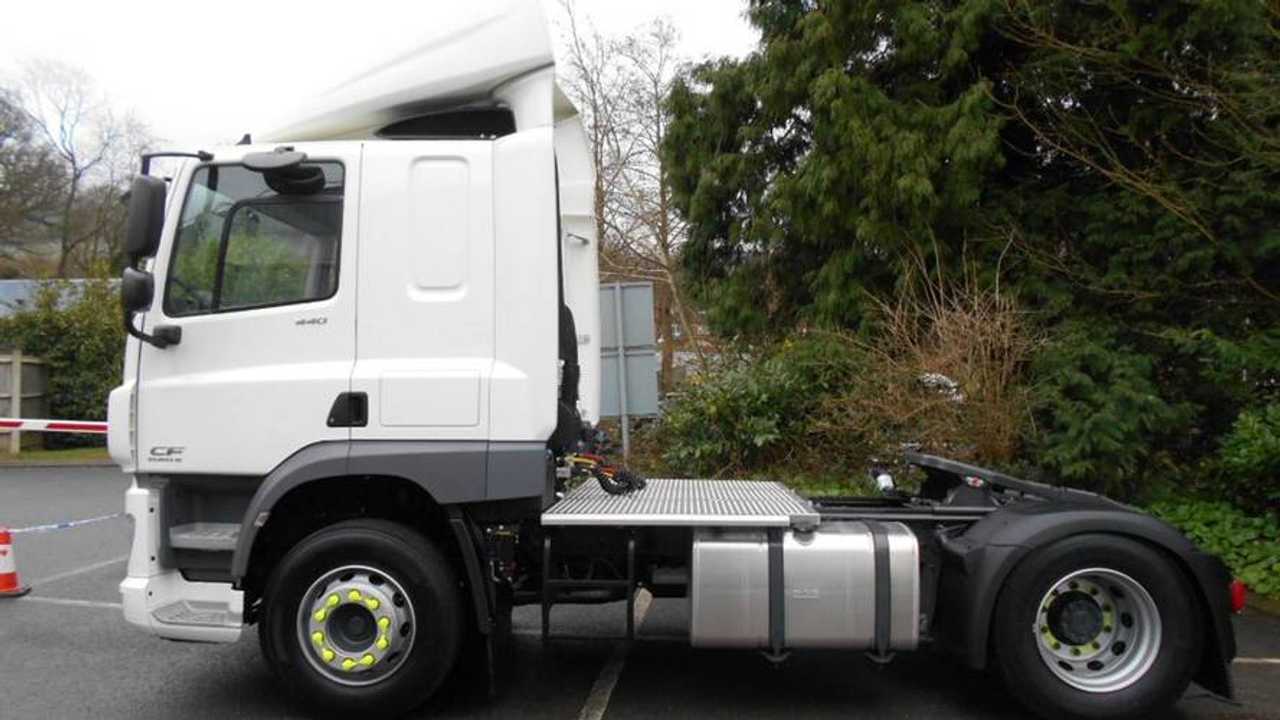 More than 4,000 law-breakers were caught by the unmarked tractor unit.

Think twice before flouting the rules of the road next time you're on the motorway, the police have a sneaky new tool. Well, when I say sneaky, it's massive, and you can see it from a mile off.

One lorry driver was stopped by Humberside Police after being caught using his phone and resting his right foot on the dashboard while travelling from the M18 onto the M62 near Goole. Another was caught on his phone and was later discovered to have made 10 replies to 10 texts within one hour.

They aren't the worst though, those honours (if you can even call it that) went to a man who was snapped putting toothpaste on a toothbrush while driving, and another who ate his lunch with one hand and checked his phone with the other. Yes, you guessed it, his knees did the steering.

These somewhat frightening sights were captured by just one unmarked lorry cab that has been patrolling the UK's motorways for the last two years. All in all, over 4000 law-breaking motorists were caught by the single vehicle.

'The HGV cab, which is funded by Highways England, has been patrolling motorways and major A roads over the past couple of years with the aim of improving road safety,' said Richard Leonard, Highways England’s head of road safety. 'We’ve found that the vast majority of drivers are sensible behind the wheel but a few have got into bad habits, or are simply ignoring the law and putting themselves and others at risk.'

'It’s shocking that around two thirds of the drivers that were stopped were using their phones when the statistics show that mobile phone use contributes to two deaths every month on the roads,' he added. 'The footage of the driver with his foot up on the dashboard is particularly alarming, and I dread to think what would have happened if he had needed to brake suddenly. We will continue to use the cab to tackle deaths and serious injuries and to encourage people to improve how they drive.'

So next time you want to bend the rules of the road, think twice. It's just not worth it.