Five things we learned from Gordon Murray at the IGM launch 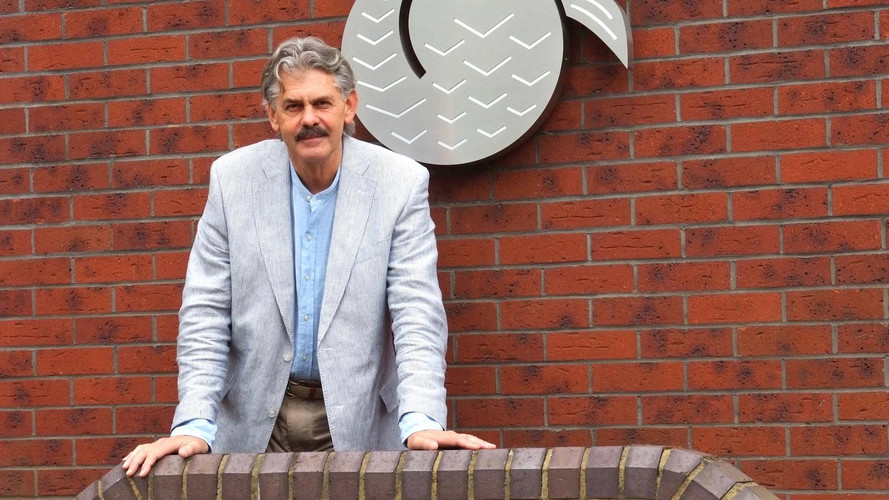 IGM is the badge that will appear on Gordon Murray's new range of cars.

The man's 71, but he really doesn't look it. He infused with a passion for his work, and walking with him round the One Formula exhibition that features 40 of his most well known and iconic designs, he's got a razor sharp memory for details that are 40 years old. You walk past the Brabham fan car and he's keen to point out that it wasn't actually banned, but the other F1 teams threatened to boycott Bernie Ecclestone's new organisation, FOCA – his ticket to the top – so he agreed to withdraw the innovative racing car. 'That really pissed me off', says Murray. The Alfa Romeo-engined F1 cars he designed were quick, but the motors were fragile. You can see the pain of it flashing across his face.

Gordon Murray is really into his music

The launch of Gordon Murray’s One Formula exhibition was held in a room decked out like a traditional roadside diner – a nod to his love of Americana – but it was also festooned with records and music t-shirts, all of them from the Murray private collection. In fact, he owns 980 music t-shirts – 200 of them were on display at the new exhibition, and he normally keeps them at home.

Actually, it seems like he's a bit of a hoarder. The office he used back in South Africa in the 1960s has been reconstructed at the beginning of the One Formula exhibition, using the original equipment and materials that Murray was using at the time. His original drawings, pencils, easel are all there, even down to some of the posters on the walls. The first racing car that Murray built in 1967 – the IGM Ford Special – has been replicated using the original charts and sketches he made 50 years ago.

The One Formula exhibition is not a retrospective

This exhibition is not a retrospective for a man looking to wind down, but rather 'it’s a celebration of 50 years of my life. I’m told it’s unique, no-one’s ever had 50 years of cars like this from one designer.’ That's probably true – he's a unique man in an industry full of people trying to stand out. In fact, it doesn't seem like anyone will be able to tread a similar path ever again – the exhibition is a great opportunity to witness a body of work that has simultaneously shaped and side-stepped the car industry. The McLaren F1 continues to influence supercars 25 years on, and Murray is clearly hoping that his iStream platform will have the same effect on the mainstream car industry.

He’s no lightweight, but he is obsessed with it

Gordon Murray is seen by many as an industry heavyweight, so it's certainly worth listening to him. His obsession is with the opposite though – he thinks that everything is too heavy and needs to go on a diet. ‘I was a racing driver first, then I got into car design. Weight really affects every aspect of performance.’ The walls of his One Formula exhibition are littered with quotes from the man himself talking about weight and how it can affect performance.

In fact, says Murray, One Formula stands for light weight, and it's been something he focused on throughout his career – ‘right from the first car I built – it’s 80kg lighter than a Lotus 7.’ The Lotus/Caterham design has long been heralded as the lightest of feathery light things, but Murray's first racing car used his own design to save weight. The car looks familiar because 'I used a rip-off guy selling noses that looked like Lotus Sevens, but it's nothing like one underneath.'

Modern cars are too bloated

Gordon Murray doesn't like the road that the modern car industry has gone down, with cars getting successively bigger and heavier with each generation. ‘It really does upset me to look at the car industry now,' he says. 'The quiet laugh I’m having is that whether they like it or not, at some point they’ll have to make reasonable weight cars.'

'It’s the final frontier – there’s only so much you can do with the powertrain, and electric cars need to be even lighter because the batteries are so heavy. You have to inspire yourself and your team to think about every. Tiny. Detail.’

iStream is the future, apparently

The iStream platform has been around for a few years now, with Gordon Murray taking every chance to show off what it can do. In fact it's so promising that new Gordon Murray Automotive board member Carl-Peter Forster, who also sits on the Volvo board and has been a high-flying executive at the likes of BMW, Jaguar Land Rover and General Motors, says that iStream is 'almost too good to be true'.

Gordon Murray has looked at the whole life of the car from design and construction through to driving and recycling, to create the cheapest, lightest and most efficient way of building cars. ‘A lightweight petrol car is much more efficient than a hybrid car in its life-cycle,' he explains. 'It’s not just about what petrol you use, but the energy it takes to build a motor car. The Shell city car I designed uses less energy to build it, run it for 60,000 miles and recycle it than it takes to build an SUV. No matter what engine the SUV’s got in it. One day people are going to have to stop and think about that. But we’re doing it now.’

Murray says that you can still have your SUV if you want it, 'but if it’s iStream then it’s 400kg lighter.’ He’s ahead of the game then – ‘We’ve spent 10 years getting rid of the compromises,’ he says. And he quite openly claims that his new platform will be the benchmark in light weight for 30 years to come. It’ll be fascinating to see whether that’s true…