The most anticipated motorcycles of 2018 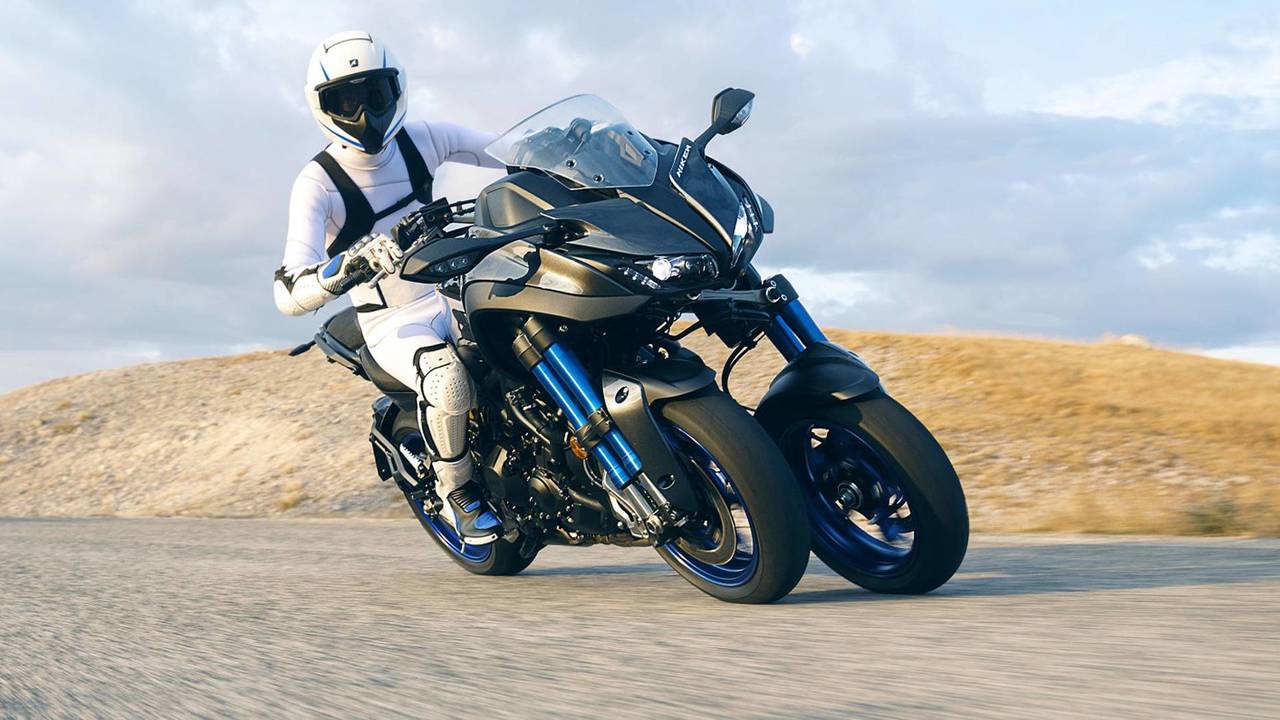 The best new bikes coming to a UK showroom soon

The Esposizione International Ciclo e Motociclo – otherwise known as EICMA – is the biggest and most important show on the motorcycle calendar.

That’s why Motor1.com has taken a quick tour of the halls from the annual Milanese show to get the lowdown on the very best bikes coming to a UK dealer near you in 2018, covering every category and budget.

Honda has been losing ground on the burgeoning retro-inspired market thanks to exquisite examples from Triumph with its Thruxton or BMW and the R nineT, but now the Japanese company is fighting back. The Honda CB1000R is heavily inspired by the Neo Sports Café concept it presented at the Tokyo motor show, and is a purebred café racer that uses the same 998cc inline four-cylinder engine as the Honda Fireblade sports bike.

Here, however, the 143bhp engine features a longer stroke and shorter gearing to maximise low- and mid-range urgency at the expense of top speed. It also features the ‘Blade’s new ride by wire throttle with three preset riding modes, a longer wheelbase for more stability and a custom exhaust to give a more appealing soundtrack for around town.

The sporty one – Ducati V4 Panigale

What a time to be a sports bike fan when the latest entrants are developing in excess of 200bhp and the link from race to road has never been closer. Star of the sports bike scene in 2018 will undoubtedly be the new Ducati V4 Panigale which, in a dramatic change of tack, will see four cylinders replacing the two in the current 1299 Panigale as Ducati’s top superbike.

The new Panigale features a 1103cc, 90-degree V4 unit that has been derived directly from Ducati’s Moto GP bike – the 270bhp Desmosedici which currently leads the Moto GP World Championship in the hands of Andrea Dovizioso. In road legal guise, it will develop 211bhp while weighing just 174kg. That’s an intoxicating yet brutal power-to-weight ratio, set to be hilarious, terrifying and life affirming all in one.

Ducati says the V4 Panigale will be available in three different versions: the £19,250 entry-level Panigale V4 and the £23,895 V4 S, both of which will enter dealerships in January. Following two months later will be the range topping V4 Speciale in race livery for £34,995.

The learner-friendly one – Honda CB125R

Few starter bikes are as user-friendly, reliable, fuel efficient and accessible as the Honda CB125F, but it has always fallen into the dull-but-worthy category. Now, Honda is presenting a 125cc motorcycle that has all the styling secret sauce of the new CB1000R, which should get the learner legal community more than excited.

Like all Hondas, the finish and specification look top rate, with ABS brakes, upside down forks, LCD dashboard, LED lighting and a pre-load adjustable monoshock all featuring. The single cylinder unit may only develop 13bhp, but in a bike that weighs just 126kg, it will feel sprightly enough for all newcomers.

If you want an authentic cruiser, no longer is your choice limited to a Harley-Davidson overburdened with chrome. Over the last five years, BMW has made the cruiser market an important part of its model folio with its iconic K1600 winning fans across the globe.

Now, that creamy six-cylinder engine with 158bhp has been applied to a bike made for the open road and for carrying a pillion in extreme comfort. The K1600 Grand America has a feet-forward riding position, enlarged windshield, large top case with integrated tail light and a rear seat with arm rests that is set low to improve access.

The Grand America also benefits from BMW’s Intelligent Emergency Call, that contacts the emergency services with your GPS coordinates if it registers an accident. Only two colours will be available from launch next year: a blackstone metallic or yellow two-tone.

The BMW R 1200 GS has been so dominant and conspicuous in the adventure class ever since Ewan McGregor and Charley Boorman decided to live their mid-life gap year on national television. Finally, Honda has presented a credible alternative in the shape of the Africa Twin Adventure that is anything but another GS clone.

The Africa Twin was launched in 2014 and acknowledged that not every adventure bike rider wanted to go globe busting to the Andes, so it had a few more road manners. The new Africa Twin Adventure, that will sit alongside the current Africa Twin, makes fewer concessions.

It still uses the same 94bhp, 998cc parallel twin engine, but it boasts longer travel suspension and a larger, 24.2-litre fuel tank to give a 300-mile touring range. That’s a long time in the saddle, so Honda has also provided a flatter seat, heated grips, taller screen, wider footpegs and a power socket. We’re also fans of the new tricolore paint, inspired by the original Honda XRV650 from 1988.

Yamaha re-defined the naked motorcycle category when it released the MT-07 in 2014. It was fun, fast, practical, economical and astonishingly good value for money. None of those traits change for 2018, including its lively 698cc crossplane engine. However, the bike does undergo some noticeable cosmetic enhancements with new colour schemes available in fluro yellow, blue or black.

The all-new body design has been heavily inspired by its bigger brother, the MT-09, with bold headlight, LED tail lights and more comfortable seat. The forks have also been revised for a sportier character while the rear suspension has been fitted with a new rebound damping adjuster. First deliveries are expected to start in March.

The C400X is the first mid-sized scooter BMW has ever created. It isn’t exactly a looker, but what is significant is the amount of connected technology that is available on what is a very humble scooter.

Each model features a high-res 6-inch colour screen that in addition to revealing your speed and fuel economy, can also stream music, answer calls via Bluetooth and display your navigation. All of which is controlled via BMW’s handlebar-mounted scrolling thumbwheel and connected helmet, meaning you never need to take your hands off the handlebars.

Kawasaki has finally entered the booming retro market by re-visiting what looks like a very old friend. The Z900 RS has been heavily inspired by the iconic 1970s Z1 with teardrop tank, steel trellis frame, tail cowl, analogue-style speedometer and rev counter.

The Z900 RS features the same 948cc in-line, four cylinder unit that is used in the standard Z900, although here the cylinder casings have fins in to mimic air-cooling. The engine has also been slightly de-tuned to 109bhp, while torque improved for stronger low-to-mid-range torque, which Kawasaki says will suit the more upright riding position. The colour schemes are suitably 70s, too, available in brown and orange, black or matte green.

The mad one – Yamaha Niken

The Yamaha Niken may look like its just rolled off the latest Star Wars set, but this three-wheeled mega trike is going to be on sale in UK showrooms during the second half of 2018.

Taking its name from the Japanese word for ‘two swords,’ referring to the 17th century origination of the two-sword style of swordsmanship, the Niken is certainly set to cut some new shapes in the motorcycle arena.

It’s built around the lively 847cc crossplane in-line triple that powers the Yamaha MT-09, and features a quickshifter that allows clutchless upshifts. However, what’s unique here is the fact that there are two 15-inch wheels up front, that are capable of a 45-degree lean angle. Yamaha has said it wants to be an active player in mobility, but it wants to do things in its own style. This is some style.