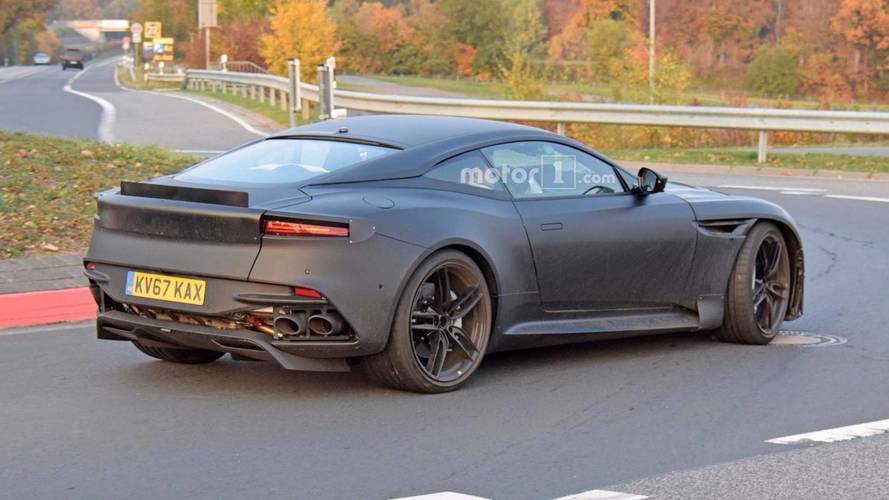 The car will be aimed against the Ferrari 812 Superfast.

Aston Martin is putting the finishing touches on the next generation Vanquish and we already know it’s going to be a beast. With power expected to be between 650-700bhp, it could become one of the quickest cars the British brand has ever made.

As if we needed another confirmation that the car is going to be really fast, Aston Martin boss Andy Palmer has revealed in a recent interview the new Vanquish will be 'bloody good' and has been 'developed to compete with the Ferrari 812 Superfast'. The vehicle will be closer to sharp cars like the 812 Superfast, rather than traditional grand tourers like the new Bentley Continental.

'The majority of product investment [for Vanquish] is finished,' Palmer told motoring weekly Autocar. 'What’s left is preparation of manufacturing the car rather than preparation of the car itself. We are making more prototypes to make sure we’ve got production ready to go.'

The new Vanquish will use a modified version of the DB11’s platform, which will also underpin the next Vantage. The grand tourer will also benefit from the DB11’s turbocharged 5.2-litre V12 engine, which will have more than 600bhp.

Previous spy photos have revealed the Vanquish will take the evolutionary design approach, retaining the basic profile of its predecessor, but gaining new aerodynamic details expected to generate significantly more downforce than the current model. At the front, the vehicle will benefit from a set of new headlights, while at the back an aggressive quad exhaust setup with a new diffusor and big side sills will complete the redesigned rear end.

Expect to see the all-new Vanquish sometime next year with sales starting in early 2019. In the meantime, we are eagerly awaiting the imminent reveal of the all-new Vantage, which Aston Martin has already been busy teasing over the last few weeks.