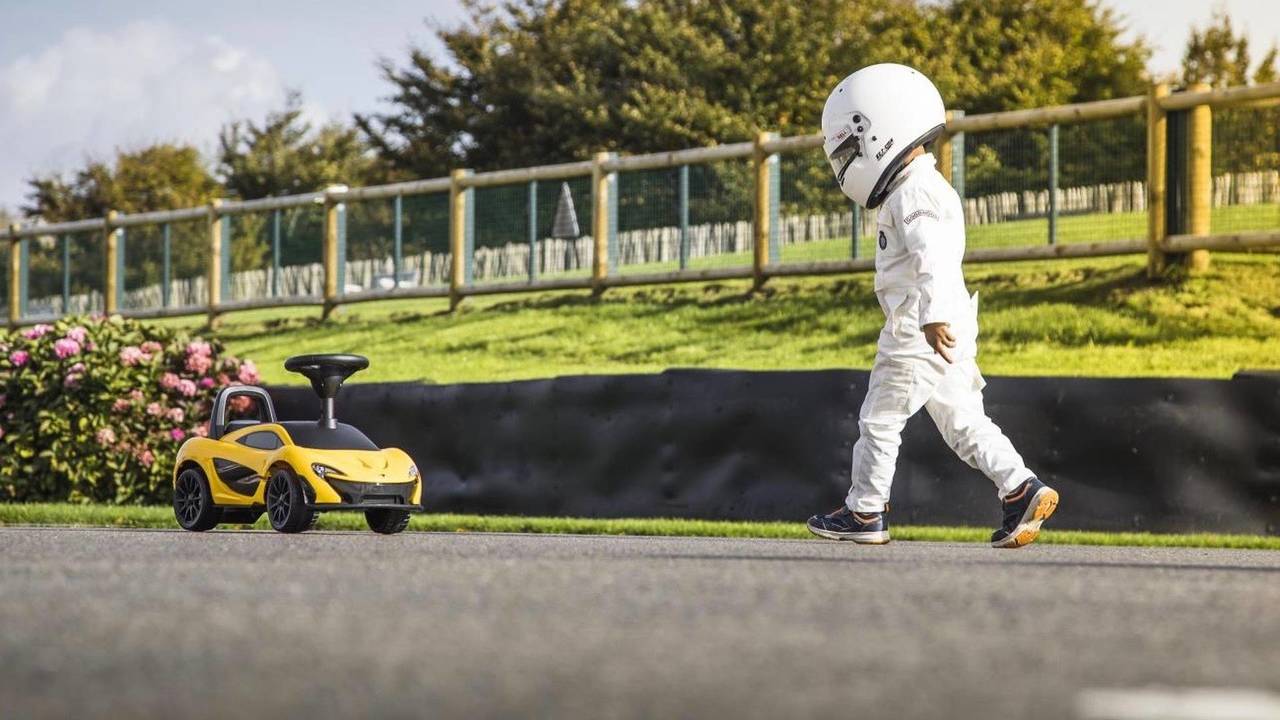 You might not be able to afford a P1, but your kid can.

Just 375 McLaren P1 hypercars were built and today it is changing hands for double the original £866,000 price tag. If you missed out on your chance to own one of the most technologically advanced cars on Earth, fear not, because now you can live your dream through your children.

The McLaren P1 'foot-to-floor' edition will be the envy of every toddler as this ride-on emulates its 903bhp hybrid counterpart. This aerodynamic shape has been scaled down and faithfully mimics the real cars front splitter, bonnet nostrils and distinctive door panels. Its steering wheel even features IPAS and DRS buttons.

If your child is a forward thinker, or just concerned about the impact playtime is having on the environment, they might be more interested in the all-electric ride-on P1. This zero emissions model promises to be less polluting than the 3.8-litre V8 of the big car, but retains the P1’s dihedral doors.

A real McLaren P1 produces 903bhp from a twin-turbocharged 3.8-litre V8 engine and an electric motor. As a result 0-62mph takes just 2.8 seconds and it will go on to an electronically limited top speed of 217mph. The 'foot-to-floor' model can’t match it for acceleration, but its top speed is only limited by your child’s imagination and what they had for breakfast.

It has been five years since the McLaren P1 was introduced at the Paris Motor Show to do battle with LaFerrari and the Porsche 918 Spyder. It is still hotly debated which is the fastest of the trio.

More on the McLaren P1:

The new 'foot-to-floor' P1 is the cheapest way into McLaren P1 ownership at £36 or, if you’ve got the pocket money to spare, £220 for the electric car.

Make sure you’re not on Santa’s naughty list this year.