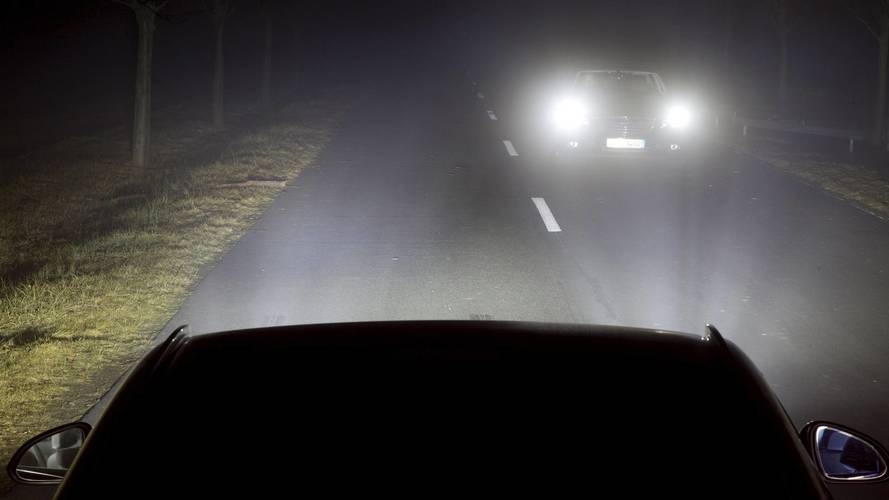 Nearly three-quarters of British motorists have been temporarily blinded by another driver’s headlights in the past year, according to new research.

A study by insurance company Direct Line found that 73 percent of the 2,000 British adults questioned had been dazzled by a car’s headlights in the past 12 months.

Using these findings, the company estimates that 29 million UK motorists are dazzled annually.

Despite this, though, just 72 percent of motorists said they dip their headlights when faced with oncoming traffic, while 64 percent dip their beams when following another car.

Perhaps even more concerning, however, was the discovery that 37 percent claimed to have been blinded by the lights of an oncoming vehicle that was not using full beam, calling the wisdom of modern, high-intensity light technology into question.

Direct Line said the survey ‘highlights the challenge posed by modern bulb technology, which illuminates the road so brightly it can pose a risk to other motorists even when headlights are not set to full beam’.

To highlight the dangers insurance firm also looked into the effects of dazzling, finding that after being dazzled, it takes the average driver’s vision around two seconds to return to a point where they can clearly see the road ahead.

At 30mph, this is enough to blind a driver for almost 27 metres, while at 60mph, it’s more than 53 metres – around half the length of a football pitch.

Maybe it’s no wonder, then, that government statistics from the past five years show that more than 1,600 accidents have been caused by drivers being dazzled, and 350 of those accidents proved either serious or fatal.

Rob Miles, Direct Line’s director of car insurance, said: ‘It is alarming to hear that UK motorists are driving blind because of other road users’ dangerous behaviour when on the road.  Drivers must remain considerate of others’ vision, not just their own, to ensure safety for themselves, passengers, pedestrians and cyclists around them. Hopefully new technologies that automatically dip headlights, or angle them away to avoid temporarily blinding other road users, will become standard across the industry.

‘As the research shows, drivers have to make sudden adjustments to counteract the effects of being dazzled, which could sometimes lead to a dangerous outcome.’