Toyota C-HR claims to be the world's fastest crossover

Family SUV outpaced a McLaren 650S and a Ferrari 488 GTB.

A Toyota C-HR is claiming to be the world’s fastest crossover after the family SUV lapped California’s Willow Springs International Raceway faster than a McLaren 650S Spider.

Setting a time of just 1:25.22s over the 2.5-mile course, the McLaren was not the only supercar left red-faced by the Toyota’s time. The Porsche 911, Nissan GT-R and Ferrari 488 GTB were all beaten by the C-HR.

In fact, according to data from FastestLaps.com, the only production cars to have bettered the C-HR’s time are the Dodge Viper ACR, Porsche 918 Spyder, McLaren 675LT, Corvette Z06 and the Lamborghini Huracan LP 610-4. 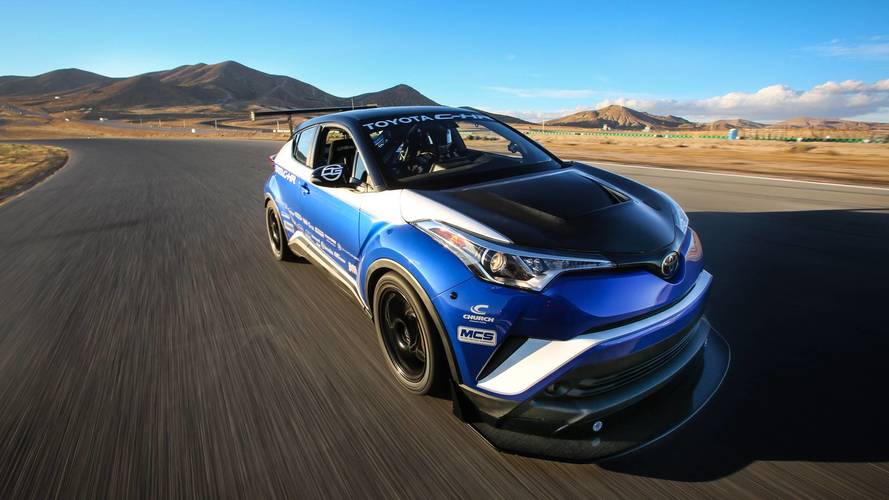 Unsurprisingly, the C-HR used for this feat was no ordinary 1.8-litre hybrid, but a race-prepared, stripped-out ‘R-Tuned’ version with more than 600bhp.

That power came from a 2.4-litre four-cylinder engine with a turbo system from DG-Spec, and was sent to the car’s front wheels via a five-speed manual gearbox and an OS Giken limited-slip differential. Other mechanical alterations included 14-inch front brakes and completely reworked suspension components.

The bodywork was also revamped, with a front air dam, side skirts and a front splitter helping the huge rear wing to create 136kg of downforce. Weight saving was also key to the car’s success, with a carbon-fibre bonnet and a stripped-out cabin shaving several precious kilos from the C-HR’s kerbweight. 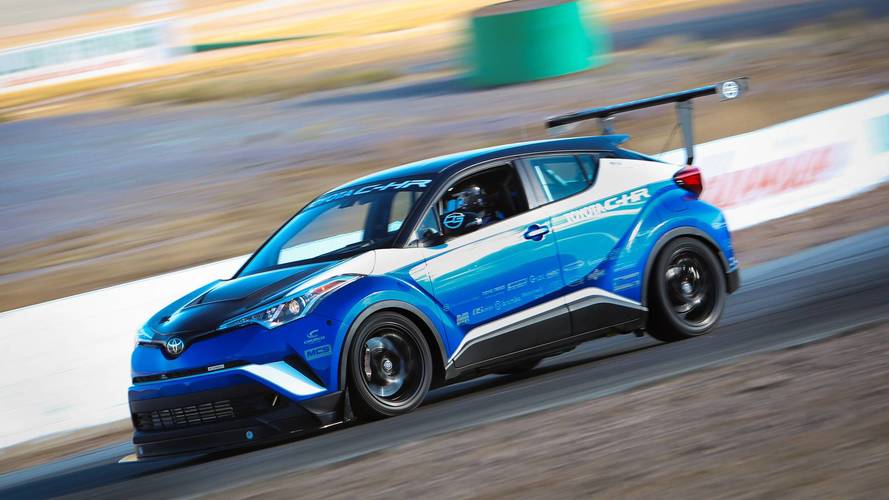 The record-setting SUV is now on display at the SEMA Show in Las Vegas.

‘The C-HR R-Tuned has been to the track every month since we started the project late last year,’ said DG-Spec owner Dan Gardner. ‘It’s probably been subjected to more real-world tests than just about any car built for SEMA. It’s not just a show concept but a track-worthy performance vehicle, and I can’t wait to see what people at SEMA and beyond think.’