Get your drift on with this new Ford feature 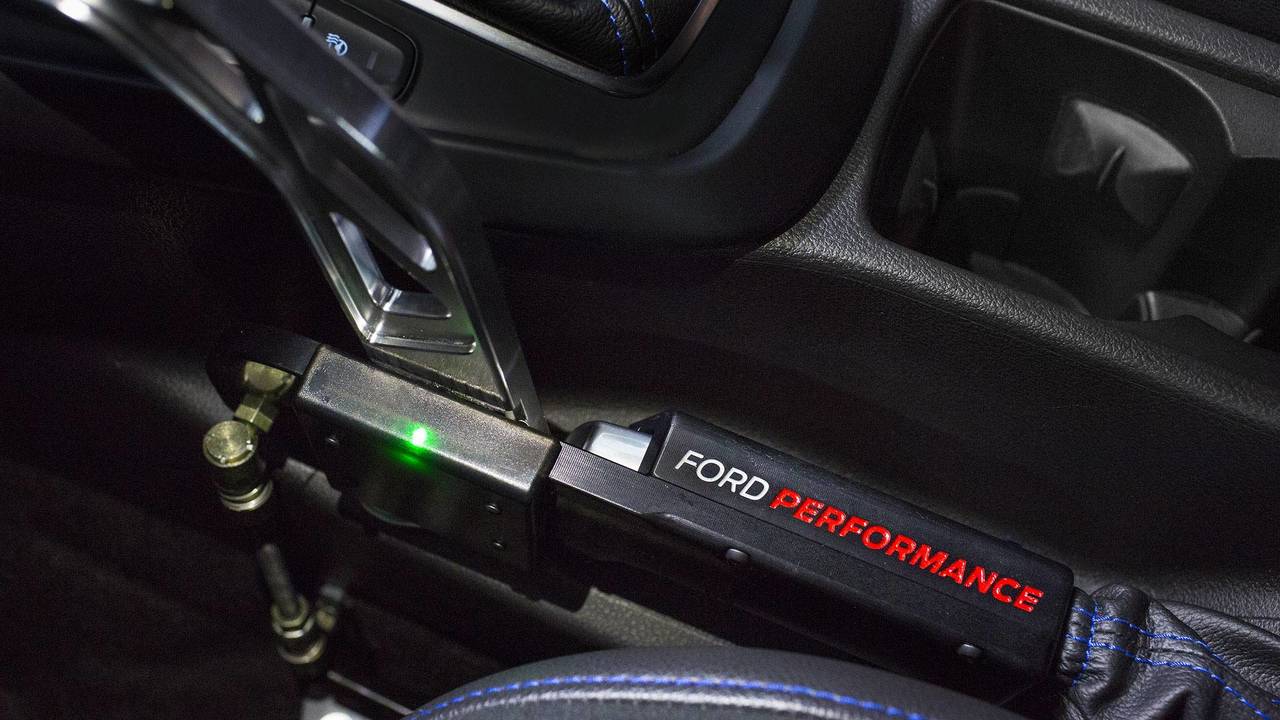 ...or not if you're outside of North America. You can just drift the old-fashioned way.

Developed and designed for the Focus RS and approved by rallycross and stunt driver Ken Bock, The Drift Stick – internally called 'Project Wicked Stick' – follows the Focus RS's revolutionary 'Drift Mode', which was a factory-fitted feature on the performance hatchback, and source of much YouTube-based hilarity as people used it inappropriately.

'The passionate engineers at Ford Performance are also enthusiasts,' said Dave Pericak, global director and chief enthusiast at Ford Performance. 'Everyone here is encouraged to think outside the box, so project "Wicked Stick" was born. Our engineers will leverage the learnings from its development for many future products for Ford Performance and, ultimately, take back even more of an innovative spirit when they rejoin our mainstream engineering teams.'

The Drift Stick opens up the rear-drive unit clutches and applies hydraulic pressure to lock the rear wheels to induce drift with the simple pull of a lever, allowing the car to perform clutch-free drift turns, much like a rally car. Once it was developed, Ford World Rallycross driver and YouTube sensation Ken Block was drafted in to give the device the final seal of approval.

'I think it’s really cool that Ford Performance is offering customers a way to create large-angle drifts in the Focus RS,' said Block. 'Obviously it’s something that I’m really passionate about having been a part of the development of the production vehicle, so it’s exciting to see it come to life. It definitely makes the car even more fun to drive.'

Unlike a hydraulic handbrake, which would have required irreversible modifications, the Ford Performance Drift Stick was developed as an entirely electronic add-on, and it was able to be integrated with existing technology via plugging a USB cable into the Ford Performance Drift Stick to pull select diagnostic data and upload powertrain calibrations for the Focus RS.

Unfortunately, the Ford Performance Drift Stick won't be coming to the UK – but that might not be a bad thing, because in North America it's going to set you back a hefty £750. Actually, who are we kidding, it is a shame we won't be getting our hands on it. Write to your MPs, kids.