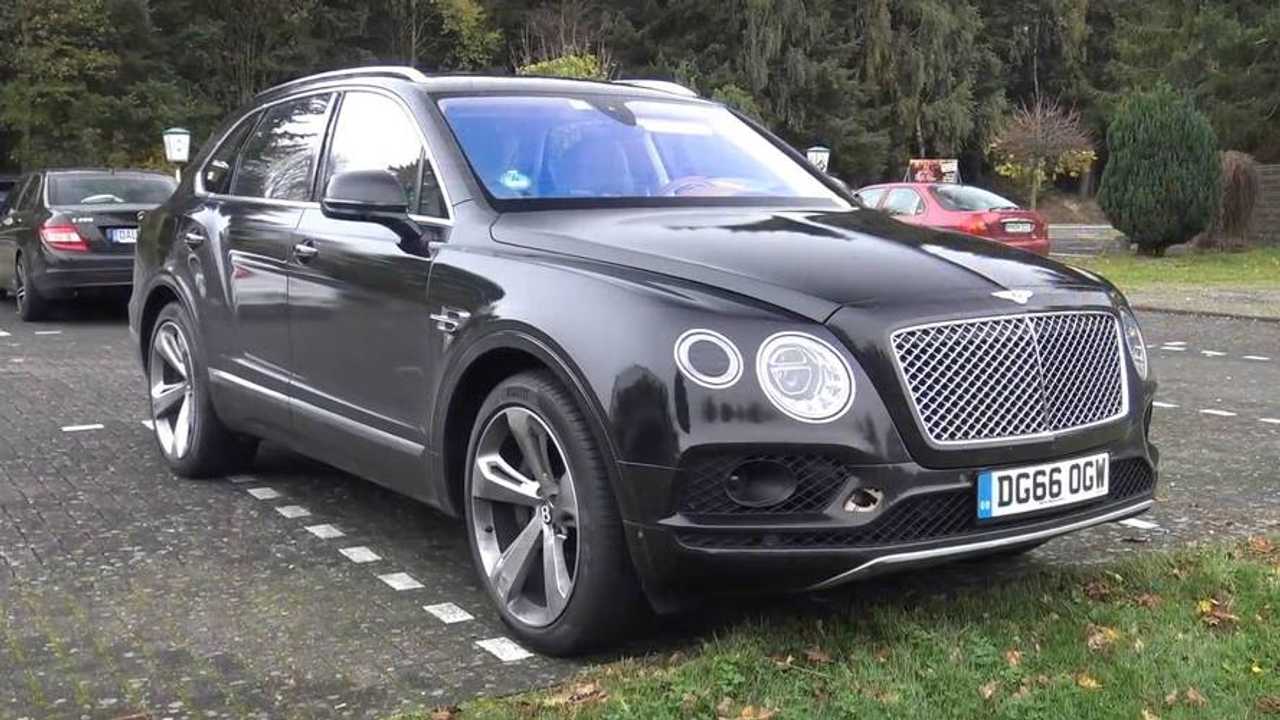 It seems that Bentley is well on track to put its first ever plug-in hybrid model on sale – that car will be an electrified version of its Bentayga SUV, and we've spotted the new car testing at the Nürburgring track in Germany. The 2.5-tonne behemoth couldn't be described as eco-friendly, but it will certainly be less eco-hostile.

Of course, no one expects the Bentayga PHEV to be used on track, but the British luxury manufacturer wants to make sure the new car performs well at high speeds, as most of the future owners will probably use the vehicle on motorways.

You won’t be able to easily differentiate this newest version of the Bentayga from the standard petrol and diesel-powered versions at a glance, but a fuel cap on the left rear wheel arch hiding the electric charger tells us a little more about the nature of the SUV.

The big mystery surrounding the Bentayga plug-in hybrid is the powertrain. According to preliminary details, it will get either the hybrid system of the outgoing Porsche Cayenne Hybrid or the rather newer Panamera 4 E-Hybrid. The second option looks more plausible to us, so expect to see the same power figures – 456bhp and 517lb ft of torque – as in the hybrid Panamera.

This system comprises of a 2.9-litre V6 petrol engine, supported by an electric motor and a liquid-cooled lithium-ion battery pack installed underneath the floor. In the plug-in Panamera, the powertrain provides as many as 31 miles of purely electric range if you're extra careful with your right foot, so similar numbers should be expected for Bentley’s first hybrid.

The exotic car maker has already promised all its future models will have hybrid versions and the Bentayga PHEV will be the first to arrive sometime next year. It will be followed by a hybrid Continental GT, which will also debut before the end of 2018.