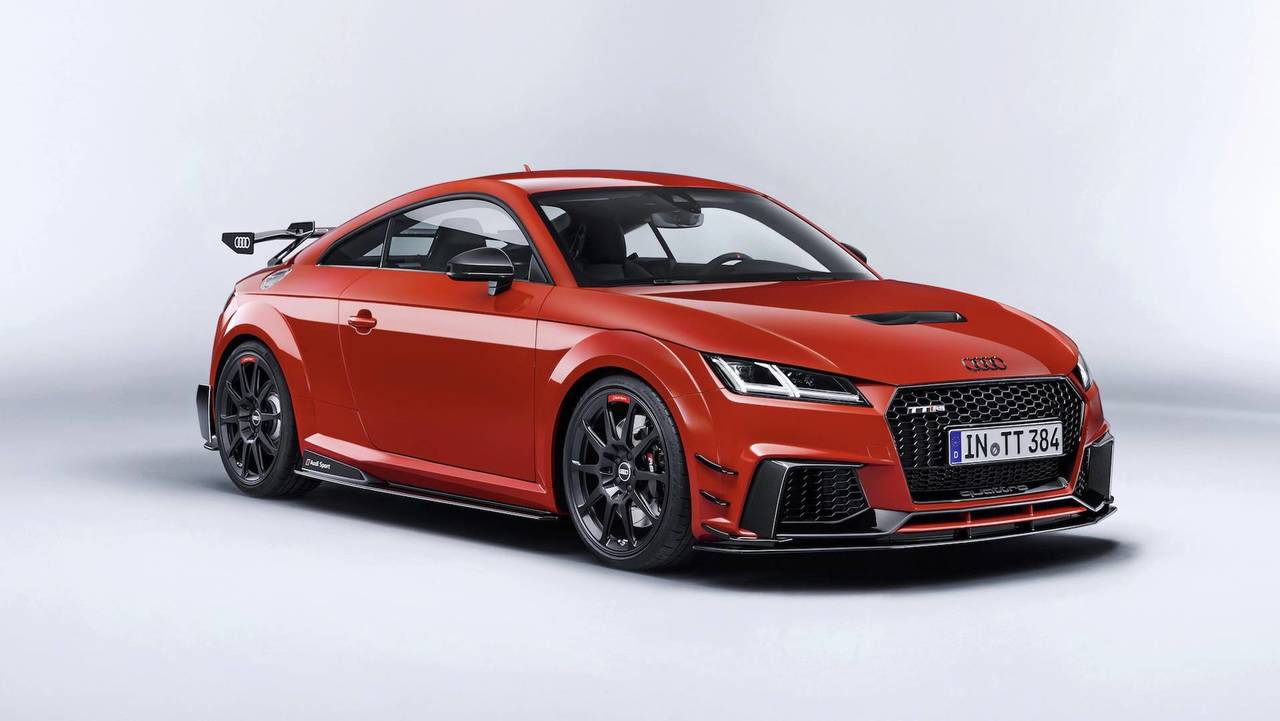 Doors open today to the 2017 SEMA show in Las Vegas, and among the many ridiculous rides that will undoubtedly be on display, Audi is taking a more *cough* subtle approach. The German marque will be showing off a sleek new performance concept dubbed the TT Clubsport Turbo, as well as a range of performance products for both the TT RS and the R8.

Drawing its inspiration from IMSO GTO race cars of the 1980s, the TT Clubsport concept comes powered by a 2.5-litre inline-five cylinder engine which has been tweaked to produce a whopping 600bhp. All that extra oomph is thanks in part to an electrically assisted turbocharger, giving it the ability to sprint to 60mph in just 3.6 seconds, and continue on to a top speed of 193mph.

To cope with all that added power, the TT Clubsport concept gains a few extra aerodynamic bits on the exterior. A larger front bumper stretches the car width-wise by an extra 12cm, carbonfibre front splitters and wings provide even more downforce at speed and a manually adjustable carbonfibre rear wing tops off the package.

While the TT Clubsport may just be a concept, the German car maker will offer its range of Sport Performance Parts to buyers in the near future, many of which can be seen on the Clubsport concept. Upgraded features like the 20-inch lightweight wheels, two-way adjustable coilovers, extra chassis bracing and new brakes have been fitted, as has a special exhaust system created in collaboration with Akrapovic.