The BMW M5 Competition Pack could have 631bhp – here's why 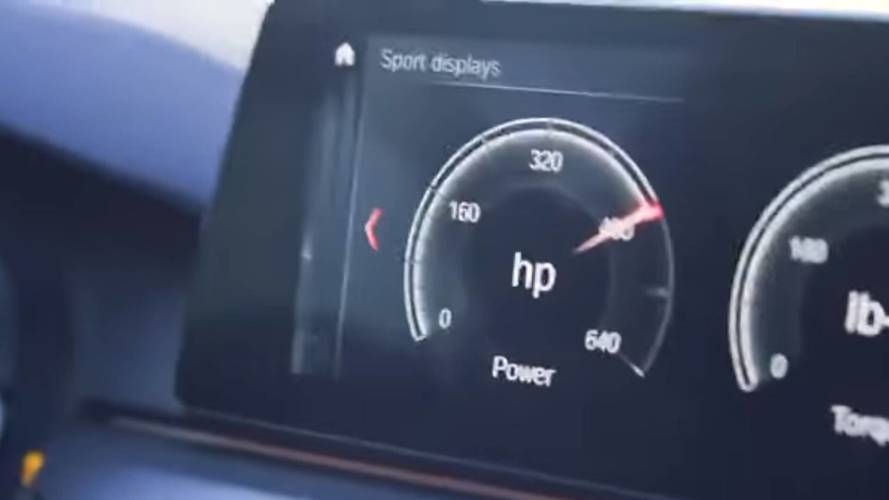 That's up by 30bhp compared with your cooking M5.

While the video below may be all about the recently introduced M5 loaded with M Performance Parts on display at the SEMA show in Las Vegas, it appears to contain a tasty Easter egg if you pause at the 0:29 mark.

Posted by BMW USA on its official Facebook page, the clip shows the digital horsepower gauge on the infotainment’s screen going all the way up to a maximum 631bhp. As a refresher, the regular M5 tops out at 592bhp, which likely means the extra 31bhp will be offered with the already announced Competition Package.

Although we can’t see the torque dial in full, chances are the beefier M5 will come with a minor bump over the 553lb ft of torque available in the standard car. This output hike is slated to arrive most likely sometime next year along with other hardware upgrades, such as ceramic brakes and a more track-oriented setup for the chassis. Other changes in tow include a stiffer suspension bringing a lowered ride height, together with bespoke wheels and sharper handling.

These improvements should make the all-wheel-drive machine even quicker than the normal M5, so expect the sprint to 62mph to take slightly less than the current 3.4sec. Top speed will certainly be at least the 189mph achieved by the regular version when configured with the usual optional M Driver's Package offered by BMW for its M models.

The latest M5 will go on sale in early 2018 and will be available from day one with a generous array of M Performance parts. The Competition Package brings an improved 4.4-litre twin-turbo V8.