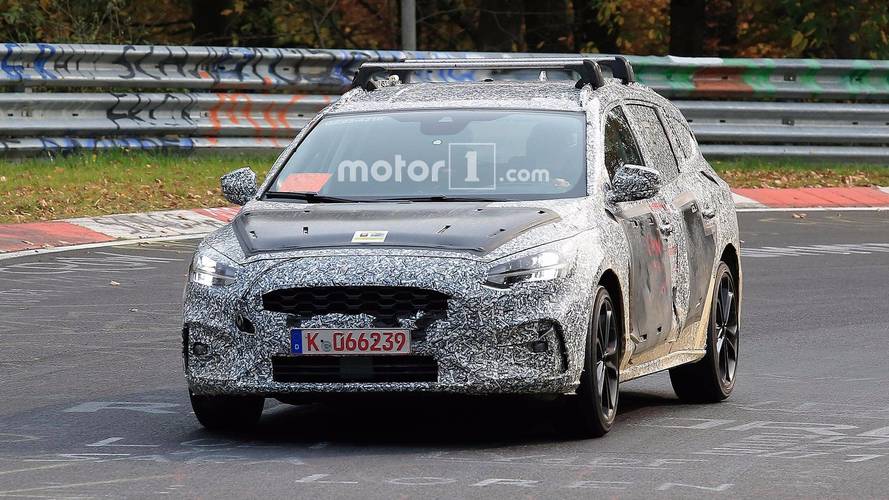 The estate variant of Ford's upcoming fourth-gen Focus has been spotted.

The ageing third-generation Ford Focus is set to be replaced next year after almost seven years on sale. Despite selling over 200,000 units in the last year Ford is keen to move things along and introduce a new edition.

A number of prototypes are already undergoing testing and our spies have managed to capture heavily camouflaged estate prototypes. The new Focus will no doubt grow slightly, but not much is being revealed as the prototypes are still heavily covered in fake plastic panels.

The fourth-generation Focus's larger platform should result in a bigger interior. The slightly increased dimensions are mostly visible at the back, where there’s a more upright boot opening and curvy rear pillar.

Much like the new Fiesta that was introduced earlier this year, the design of the next-generation Focus will take the evolutionary approach, retaining the car’s rounded nose and sharp rear end. However, the headlights will be reshaped to give the car a more modern appearance, while at the back a set of completely new taillights will resemble the design of the recently-introduced Fiesta.

According to preliminary details, the new Focus will still have naturally aspirated engines in the base models – unlike in the US where the lineup will be entirely turbocharged. We expect to see an improved variant of Ford’s 1-litre Ecoboost, as well as a reworked automatic gearbox. One of the prototypes appeared to be equipped with an auto gearbox judging by its engine sound according to the spies.

Ford will reveal the fourth-generation Focus most likely during the second half of 2018 ahead of going on sale during the first half of 2019. The popular hatchback will be the first to arrive, followed by the estate for the European market. An SUV-inspired variant has also been mooted.