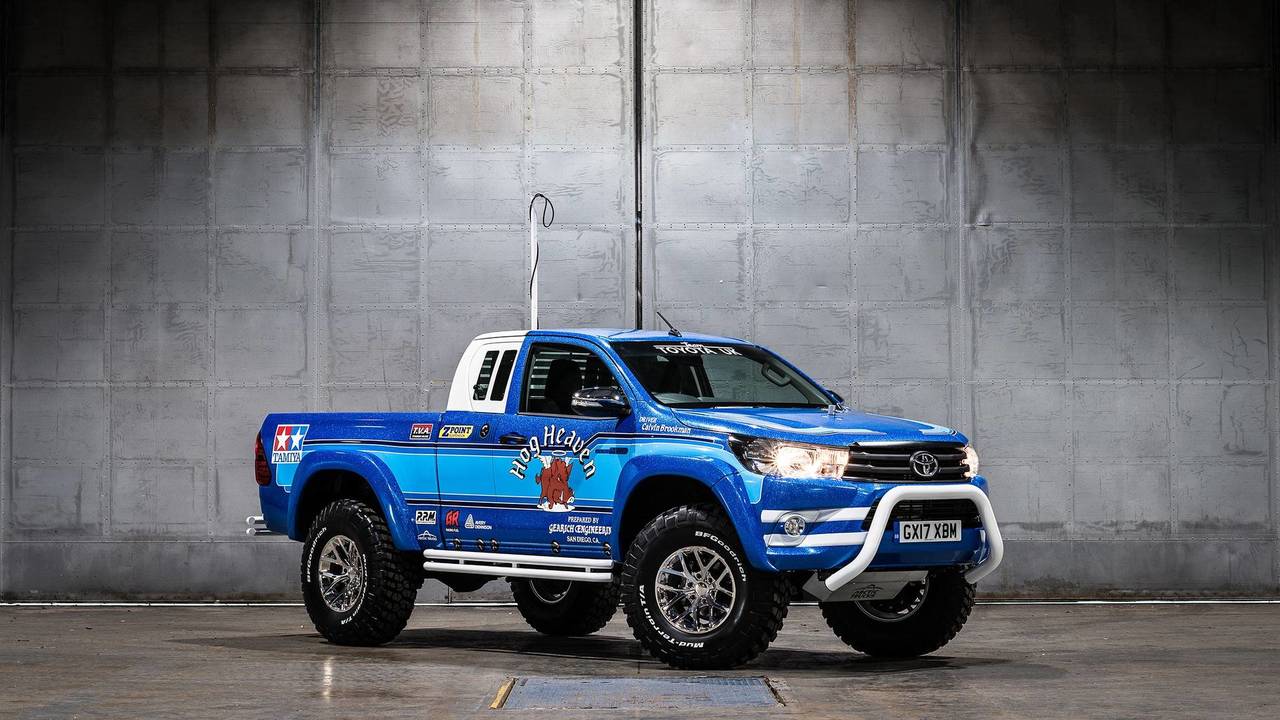 Arctic Trucks has transformed the rugged pickup into a full-size toy.

Toyota has taken inspiration from a toy car for their latest creation: The Hilux Bruiser.

Based on a Tamiya model from the 1980s, the Bruiser has been put together by off-road skunkworks Arctic Trucks, and it's anything but a play thing.

Turning the attention away from functionality to the form of the remote-controlled inspiration, the truck has a striking chrome blue wrap – the giant wheels have also received the chrome treatment, too.

There's a lot more cosmetic enhancements, such as a louvred rear window, a replica on/off switch in the load bed, R-shape body clips, fake magnetic bonnet clips, and stainless steel bumpers and rock sliders – that have been wrapped to mimic the plastic parts of the original. They've even added a huge antenna to make it appear like an R/C car. All of the 1:1 scale toy enhancements were built by expert model-maker and fabricator Robert Selway.

Under the bonnet, the Bruiser keeps the standard 148bhp four-cylinder turbodiesel engine and 6-speed manual gearbox.

"While Hilux is all about capability, owners and all fans of pick-ups and big trucks know a big part of the experience is also about having fun. In that spirit, we wanted to do something truly original to celebrate the latest Hilux and carry forward the great relationship we have with Tamiya," said James Clark, Toyota GB Press Relations Manager.

"The Hilux Bruiser combines all the colour and character of the wonderful model while also being a seriously engineered machine that can cut it in the roughest conditions."

While the Bruiser is street legal, it is strictly a one off, so if you want one, you'll have a better chance getting the scale model. Toyota do plan on taking the 1:1 sclae 'toy' around the country for various media appearances through.