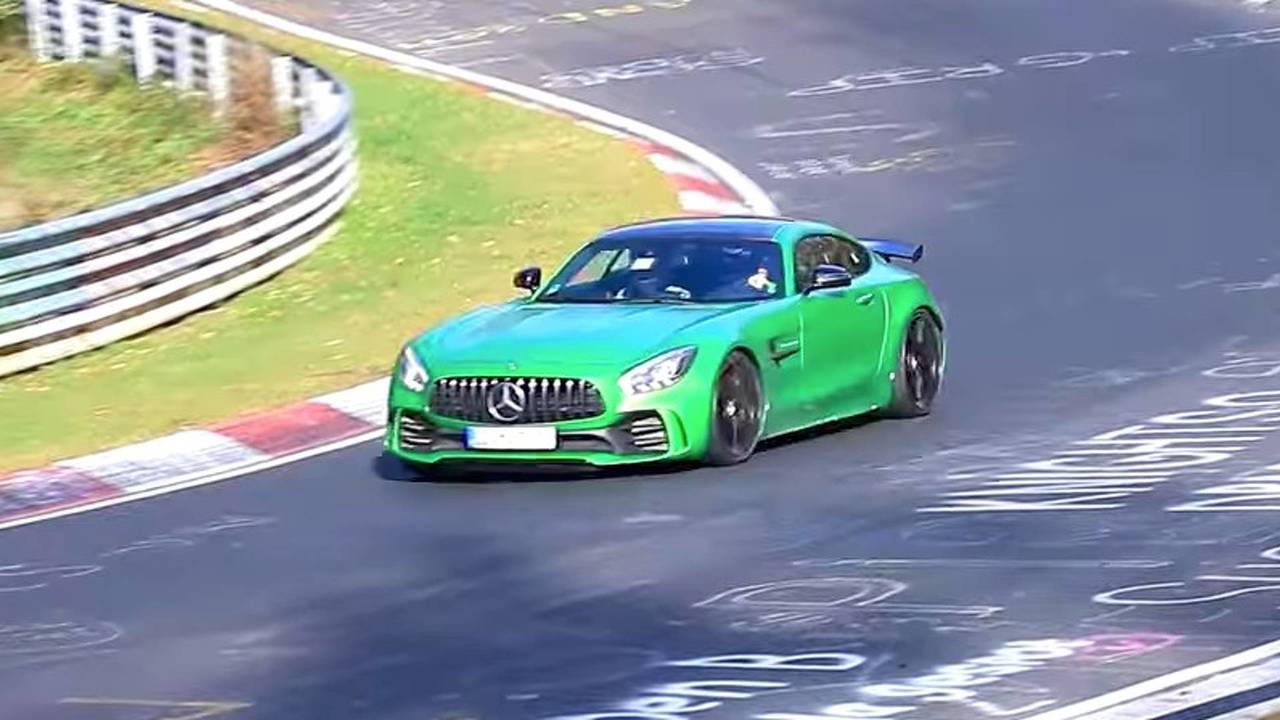 The lightweight AMG should make its debut in 2018.

The most potent Mercedes-AMG GT you can currently buy is the 577bhp R model, which comes loaded with a 4-litre twin-turbo V8. But for those in the market for something a bit more track focused, you might want to save your money; new spy video shows a roadgoing version of the AMG GT4 taking on the Nürburgring.

This isn't the first time we’ve seen a proposed road-going GT4. Spy photos from August showed the hardcore coupe testing on public roads with limited camouflage. Similar to its track-only counterpart, changes to the rear diffuser, as well as noticeable wiring on the side panel could be seen. The new spy video (see below) shows many of the same elements.

Finished in a handsome shade of Green Hell Mango, the AMG GT pictured here may look like a hardcore R version, but it's actually a road-going GT4 in disguise. The same camouflage on the rear decklid from previous spy photos can be seen, as well as some modest changes to the wheels and rear diffuser.

It’s unclear exactly how much horsepower will be extracted from the same 4-litre twin-turbo V8, but expect a modest bump over the current 577bhp and 516lb ft of torque found in the GT R. It should also be lighter, too, shaving off a few kilos from the R’s 1,655kg kerbweight. Other notable features such as a roll cage will also be added.

There’s still plenty we don’t know about the upcoming lightweight GT, but it should make its debut sometime in 2018, with a price tag that will surpass the £120,000 of the R. The AMG range will also gain a Black Series model, which has been spotted testing previously, and could come with as much as 600bhp.