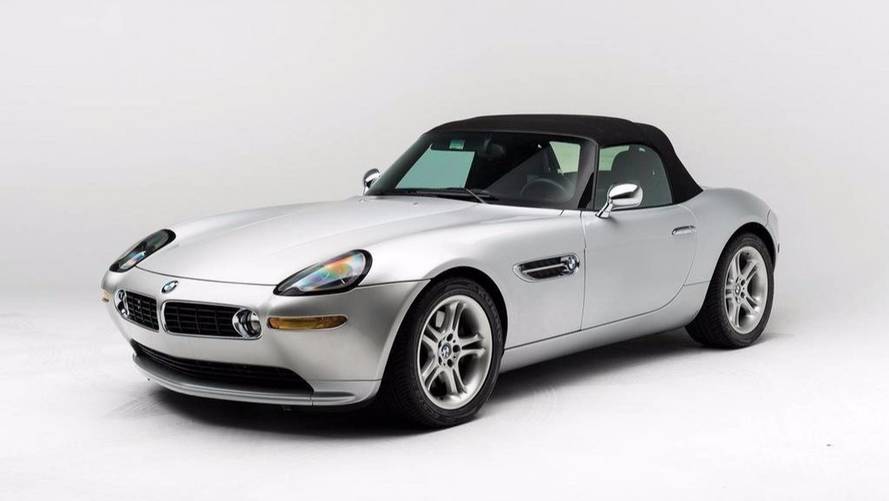 It's expected to fetch more than double what Jobs paid for it in 2000. Now there's an investment.

A BMW Z8 once owned by the late Steve Jobs is up for auction, and it’s expected to fetch £300,000. The convertible model is set to go under the hammer at a Sotheby’s sale on 6 December in New York.

Jobs bought the car in October 2000 just after he had been named permanent CEO of Apple. He owned the car for three years before selling it on. The BMW comes with a copy of its old California registration under the name ‘Jobs, Steven P’ and it still has the original Motorola flip-phone built into the display, which according to the listing: ‘perhaps unsurprisingly, Jobs was known to have hated the Motorola phone.’

The Apple boss was never known as a car man, but he did own a succession of Mercedes SLs. Legend has it that he exploited a California loophole where he didn’t have to put registration plates on his car for the first six months of ownership. Because he didn’t like the way they affected the styling of the car, he traded it in and bought a new one every six months.

The BMW Z8 saw Steve Jobs through some pivotal moments in the life of his company – in 2001 the first version of OS X was release, the iPod was launched and the first Apple store was opened up. By 2003, the year that Jobs sold the BMW convertible, the iTunes Store was open for business on the internet, selling music for 89p a song. A novel idea, we do wonder whatever came of that.

The Z8 comes complete with 400bhp and features an innovative aluminium spaceframe construction, coming from an era when BMW was starting to experiment with the lightweight metal. That’s all the information we’ve got on it, aside from the car phone thing. Let’s assume it’s recently serviced and comes with a full tank of petrol. There’s no reserve, so fingers crossed no one else is interested in the thing and you can get yourself a bargain over the phone.