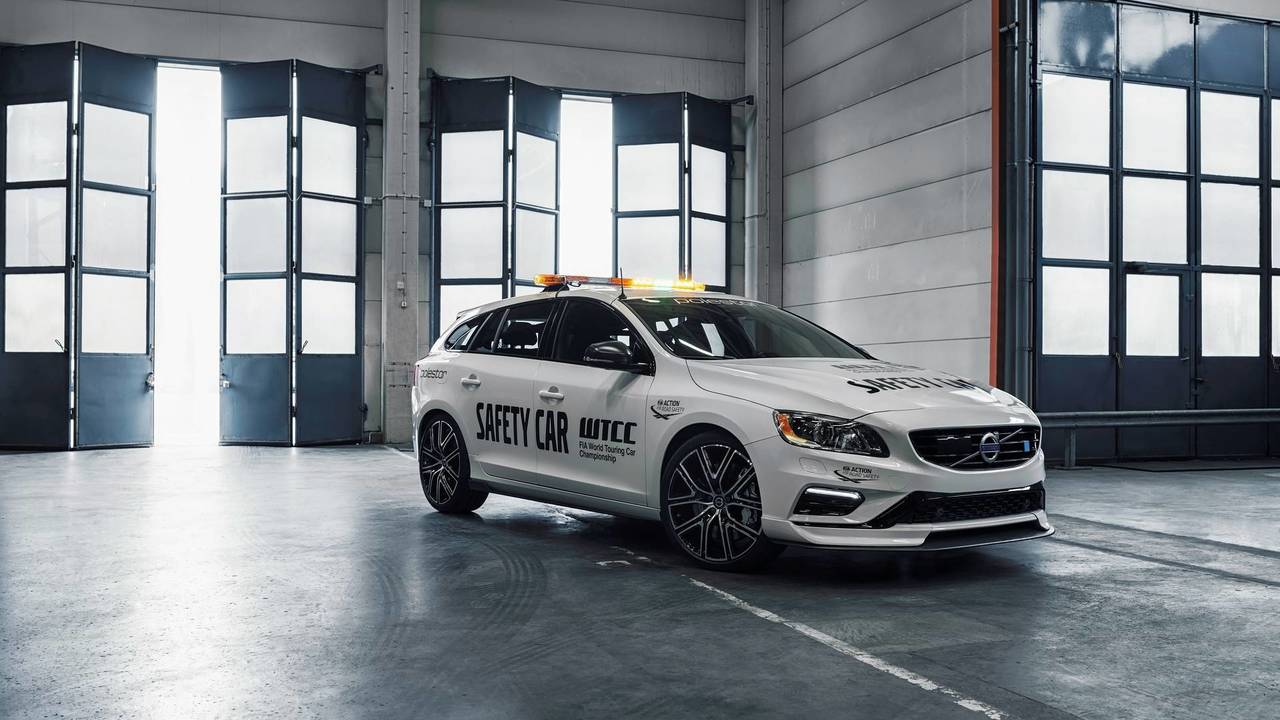 Volvos have always been safe, but this one has a sticker to prove it

In 2016 Volvo finally made the full-time step-up to the FIA's World Touring Car Championship after years of rumours, speculation and flirting with part-time entries. Alongside competing on the world stage, Volvo has also supplied the safety car to the series, the cherry on top of the reputation for safety that the Swedish manufacturer has built up over decades.

Now, the Chinese-owned car maker has unveiled an all-new V60 estate-based, Polestar-branded safety car, that will make its debut in the Japanese round of this year's championship. The V60 itself might be getting on a bit, considering it was first introduced back in 2011 and is due for replacement any year now, but the Polestar version was refreshed along with the rest of the lineup, this model gaining a new four-cylinder 2-litre turbocharged petrol engine to replace the old 3-litre version.

The upgraded V60 car has a new carbonfibre front splitter, side sills and a rear spoiler extension that aren't simply for showing off, but generate 30 percent more downforce than the version of the V60 that was previously used. The Polestar-fettled estate produces 367bhp from its T6 engine. The safety car is also fitted with a roll cage, and rescue and communication equipment as per FIA regulations.

'With its high safety levels and easily accessible performance designed for all-year drivability, the Volvo V60 Polestar makes a perfect safety car. The new aerodynamic enhancements make the car even more predictable and rewarding to drive in inspired or critical situations, both on the roads and on the racing circuits,' said Thed Björk, WTCC points leader for Volvo's Polestar Cyan Racing team.

Proud as he is, clearly Thed won't want to see too much of the V60 safety car on track if he's planning to hang on to his championship lead...