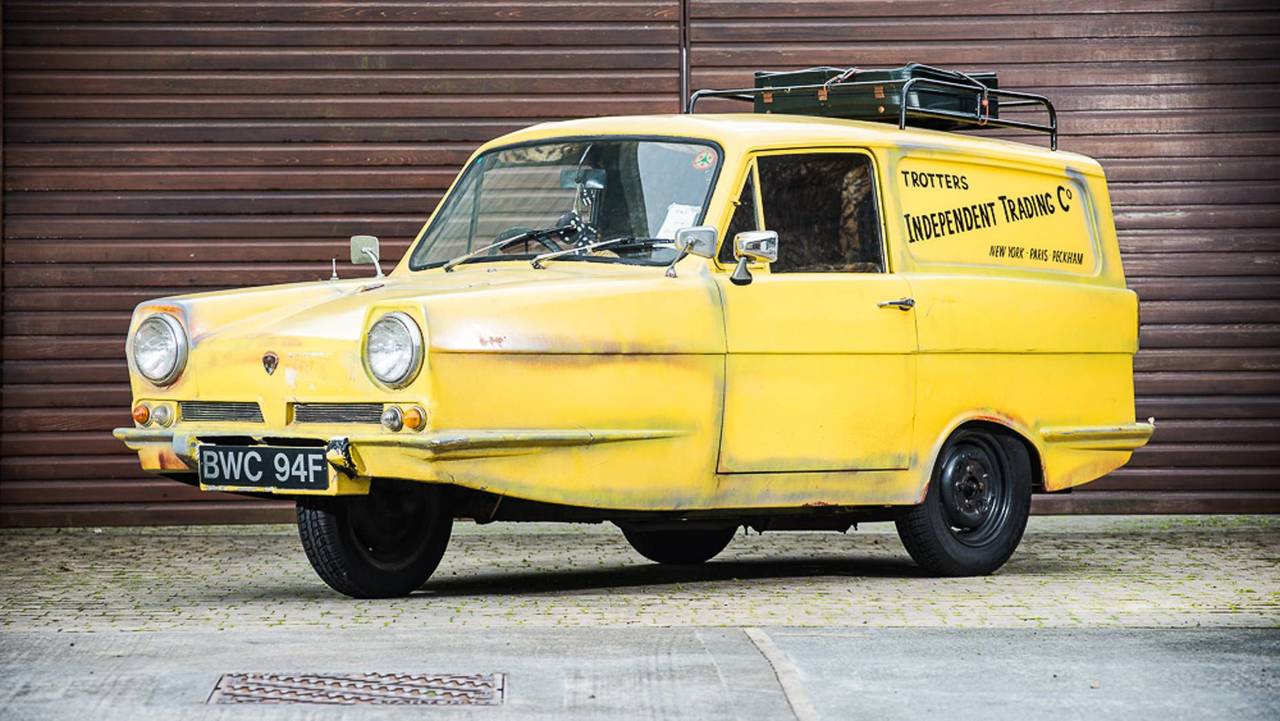 One of Del Boy’s iconic yellow Reliant vans from hit BBC comedy show ‘Only Fools and Horses’ is set to go up for auction during the upcoming Classic Motor Show at the Birmingham NEC on 11-12 November.

The striking van is one of 135 lots that will be up for auction by Silverstone Auctions during the show.

One of main the stars of the legendary programme, the 1968 Reliant Regal is one of the most instantly recognisable cars from film or television, rivalled only by the Batmobile and Doc Brown’s Delorean time machine from Back to the Future. Totally made up, but you get where we’re coming from.

This particular van, registration number BWC 94F was used in the show’s 2002 Christmas special ‘If They Could See Us Now’, as well as featuring in a BBC DVD special and in several issues of fanzine ‘Hookie Street’. No, us neither.

‘Del Boy’s Reliant Regal is one of the most distinctive cars of BBC comedy history,’ said Silverstone Auctions managing director Nick Whale. ‘Only Fools and Horses has a fan base spanning several generations and is something of a British treasure, so to have the van from the series for auction is a real treat which will no doubt draw the crowds.

Today the van appears exactly as it did on screen, complete with tiger print plush interior and ‘Trotters Independent Trading Co’ decals. Other accessories including a ‘Tax in Post’ window notice, nodding tiger, roof rack with suitcase, set of furry dice, personalised rubber foot mats and a set of blow-up plastic dolls.

With a reconditioned engine, a full synchromesh gearbox, remote control key start, a DVD player and cassette radio, and even a smoke machine which emits smoke from the exhaust, it will be offered at the auction with no reserve.

The van has 71,778 miles on the clock, is supplied with the original owners handbook and comes with letters from the BBC confirming its authenticity. It is even MOTed until 9 June 2018.

‘Disregarding its TV provenance, it's probably the most reliable example of this marque that you will find and has even participated in the London to Brighton rally in 2001 and 2004,’ continued Whale.