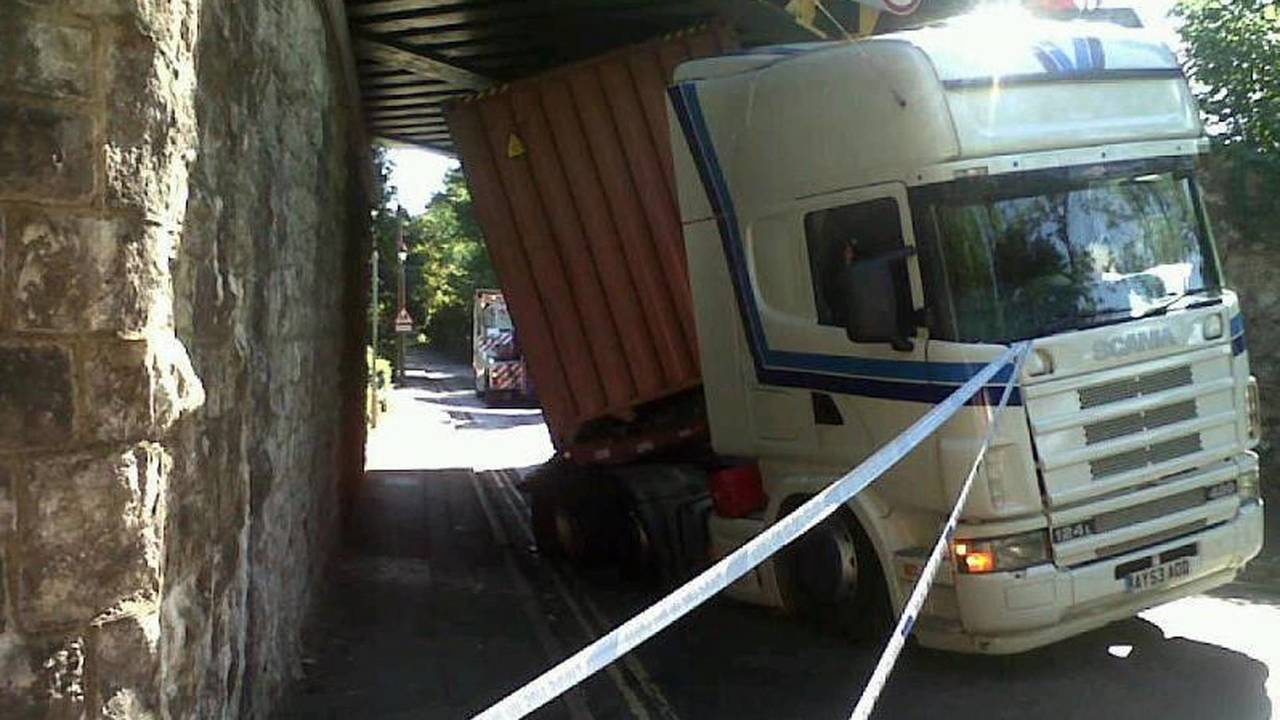 New campaign aims to stamp out the costly problem.

Lorries collide with rail bridges around five times a day, costing the taxpayer around £23 million a year in damage and delays, according to new research published by Network Rail.

The organisation claims that the railway network suffers almost 2,000 bridge strikes a year, with each strike is causing delays of around two hours and costing an average of £13,500.

The most commonly hit bridge in Britain is the Stutney Road bridge in Ely, Cambridgeshire, which has seen 113 collisions since 2009, while Kenworthy Bridge in Homerton, East London, and a bridge on Thurlow Park Road in Tulse Hill, South London, follow close behind with 99 and 92 strikes respectively during the same period.

Network Rail wants lorry drivers must do more to prevent collisions, as 43 percent of lorry drivers admit to not knowing how big their vehicle is, while 52 percent do not take low bridges into account when planning a journey.

In a bid to prevent future bridge strikes, Network Rail is launching a new ‘bridge bash’ initiative, which urges HGV drivers and haulage companies to ‘check it, rather than chance it’. The campaign will involve attempts to engage the public transport and haulage industries, fit protective steel beams to commonly-struck rail bridges, work with authorities to ensure signage is up to date and lobby for stricter enforcement of penalties when bridge strikes occur.

Sir Peter Hendy, chairman of Network Rail, said: ‘Size does matter when you're a professional driver in a heavy vehicle. Not knowing the size of your vehicle or load could lead to a serious accident, and the loss of your licence.

‘Every incident creates potential delay for tens of thousands of passengers and potential costs for taxpayers, and this is happening multiple times a day. It's only a matter of time before road or rail users are killed as a result of this carelessness – we need professional HGV drivers and their operator employers to get behind and support this campaign to eradicate bridge bashing, which reaches epidemic levels at this time of year.’