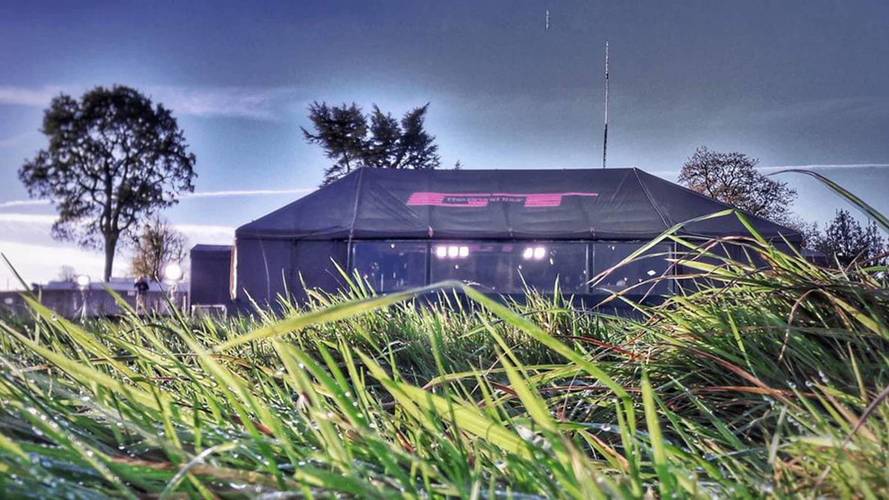 It's the most eagerly anticipated second season of a show called the Grand Tour...in the world.

The Grand Tour is set to return to our tiny phone screens any week now, with the official Twitter account of the Amazon Prime motoring serial teasing a number of aspects of season two such as set decoration and how long the grass is near the television programme’s tent.

Also, the fact that filming of the studio-based segments has already begun.

Details are scant about the rest of the show’s second outing – including exactly when it might appear. It’s been a rough off-season for Jeremy Clarkson, Richard Hammond and James May. Well, perhaps not James May. But Richard Hammond has had two near-death experiences in Switzerland and Mozambique, and Clarkson was out of action for several weeks following a small bout of pneumonia and a hospital stay.

All we know for sure about the new series is that the trio will spend over 100 days travelling across five continents filming exciting segments, covering countries as diverse as Croatia, Mozambique, Dubai, Spain, Switzerland and the US (but not too far south.)

We also know that the Grand Tour tent is getting a semi-permanent erection in a lovely country house for season two. As Amazon put it in a recent announcement, ‘Given their sore joints, struggling lungs and combined age of 158, the studio tent has been given a new home in a charming location in the Cotswolds’.

What we can surmise from having watched episodes of the chaps on Top Gear a million times on Dave and season one of the Grand Tour, is that Clarkson, Hammond and May will continue to rub the BBC’s nose in its own lack of budget and will try to push the boundaries of good taste at every available opportunity.

Ooh, and James May’s had a haircut.