We've spied the new Mercedes A-Class testing at the Nürburgring 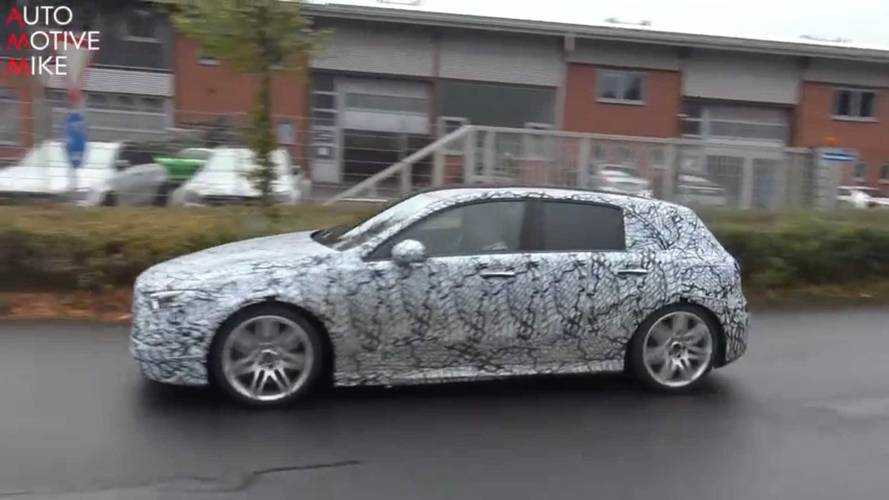 Spy photographers and videographers happened upon a small fleet of Mercedes-Benz A-Class prototypes testing amid the damp conditions and crowded roads around the Nürburgring. Wearing thin coverings. It’s believed these examples are either production or near-production ready, but that didn’t dissuade drivers from taking to the track for some aggressive looking test laps. After a few shots of cars outside the track, the drivers move to the course for a bit more exercise.

The next A-Class is expected to officially debut in spring 2018, and it is expected to offer a step up for Mercedes in terms of both luxury and performance compared with the current model. It’s also expected to be a tad bigger overall, with more space inside. It will carry a host of luxury and tech items packed into an all-new dashboard, including the latest driver assists and the company’s Command 5 infotainment system. The new A-Class is also said to offer Level 2 autonomous driving.

Initial power will come from a 1.4-litre petrol engine developed in conjunction with Renault. There are also plans to offer larger 1.6 and 2-litre petrol engines, as well as a hybrid model. And though we’re watching hatchbacks being flogged around the Green Hell, a sedan is also said to be in the works, not to mention the Mercedes-AMG A45 that could ultimately pack a 400bhp punch.