Nissan's autonomous tech has taken to the streets 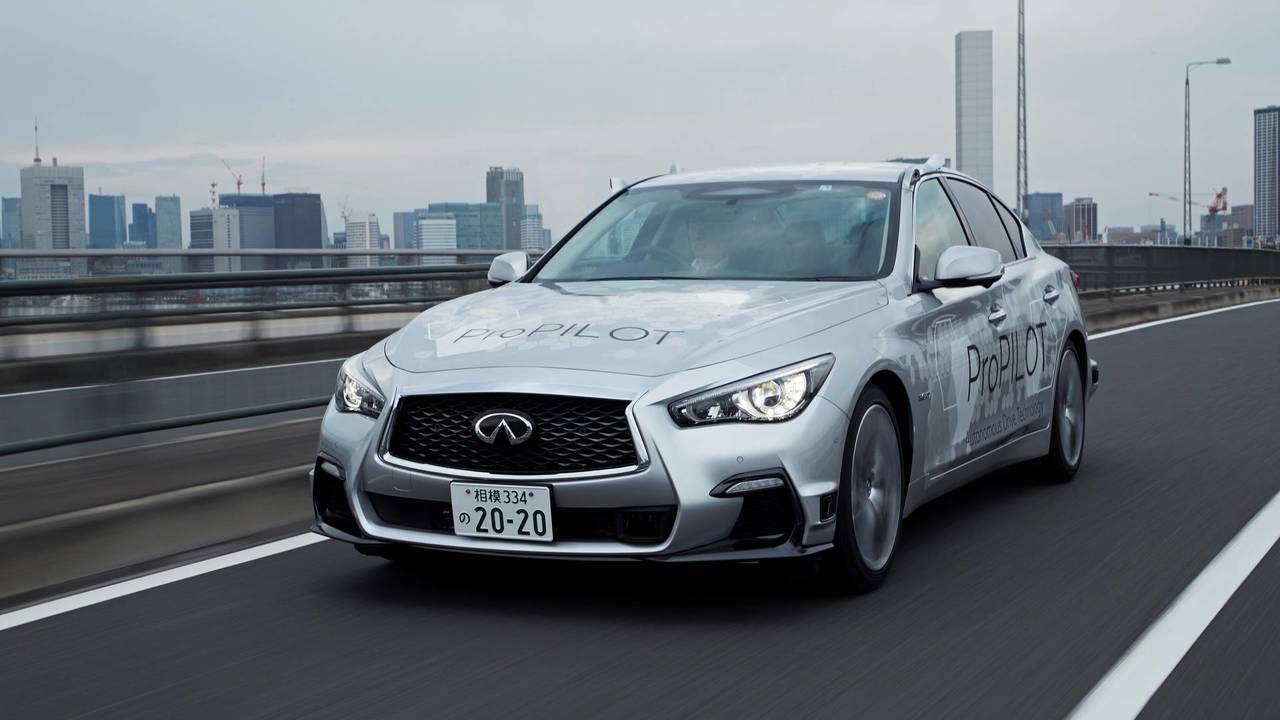 The Japanese manufacturer is testing futuristic technology on the streets of Tokyo.

Nissan has begun testing a new-fully autonomous car prototype ahead of plans to make it publicly available by 2020.

The company tested the latest generation of its revolutionary ProPilot technology – which utilises 12 sonars and cameras all over the car – on a modified Infiniti Q50. ProPilot allows the car to operate completely autonomously on roads and motorways, with the occupant selecting a destination at the beginning of the journey.

The latest specification of the system, which has been upgraded with a series of hardware and software changes for this iteration, analyses the environment in real-time so that the car can react to scenarios as they occur, rather than operating pre-programmed responses to whatever the developers have imagined might happen.

'Ingenuity is at the heart of everything we do at Nissan,' said Takao Asami, Nissan’s head of advanced engineering. 'Our next-generation ProPilot prototype showcases technology that will be available for real-world use from 2020. Today’s demonstration is another example of our successful work toward creating an autonomous driving future for all.'

This latest demonstration follows Nissan's unveiling of the new Nissan Leaf, which has been equipped with ProPilot technology that enables single-lane autonomous driving – fancy radar cruise control, in other words. Nissan’s lineup of ProPilot-equipped cars also includes the X-Trail SUV and will be joined by the smaller Qashqai SUV during 2018.