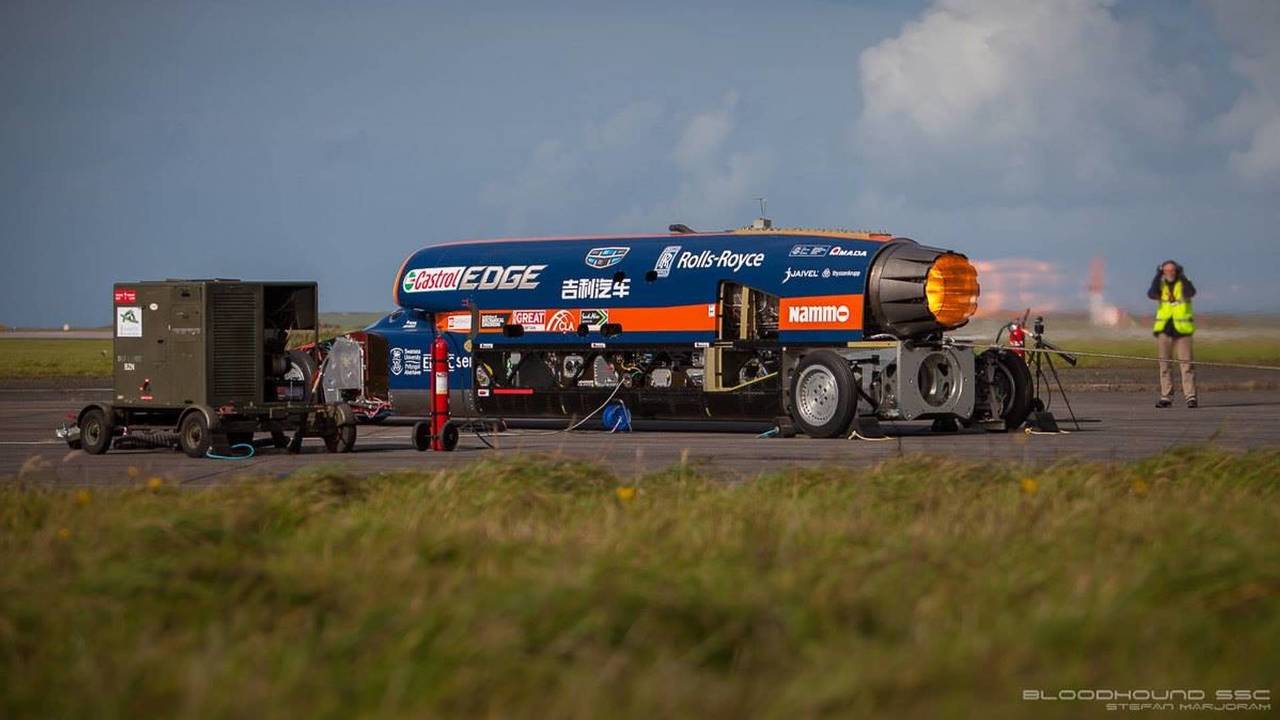 Driver Andy Green has taken the car to 200mph for the first time at Cornwall airport.

Bloodhound SSC has successfully hit 200mph as part of its first public appearance at Cornwall airport. The car, driven by RAF wing commander Andy Green, has spent a month going through tests of its major systems ahead of this first run.

The Bloodhound team is on track to make an official attempt at the world land speed record in South Africa in 2019.

Green was towed to the main runway at Cornwall airport in Newquay before firing up the car's main jet engine and hitting 200mph down the 1.7-mile straight.

This is the first public run of the land speed record-attempting car, but the event marks the culmination of a month of runway trials and tests that have already taken place to test the car’s steering, brakes, suspension and data systems, as well as the EJ200 jet engine, which has been sourced from a Eurofighter Typhoon.

The Bloodhound SSC car is a feast of engineering knowhow, blending technology from F1 cars, fighter jets and even spaceships. The ultimate aim is not just to break the 20-year-old land speed record that RAF Wing Commander Andy Green set in Thrust SSC, but rather to smash it by surging past 1,000mph when the car makes its official land speed record attempt in South Africa some time in 2018.