Veteran Honda motorbike get its wings 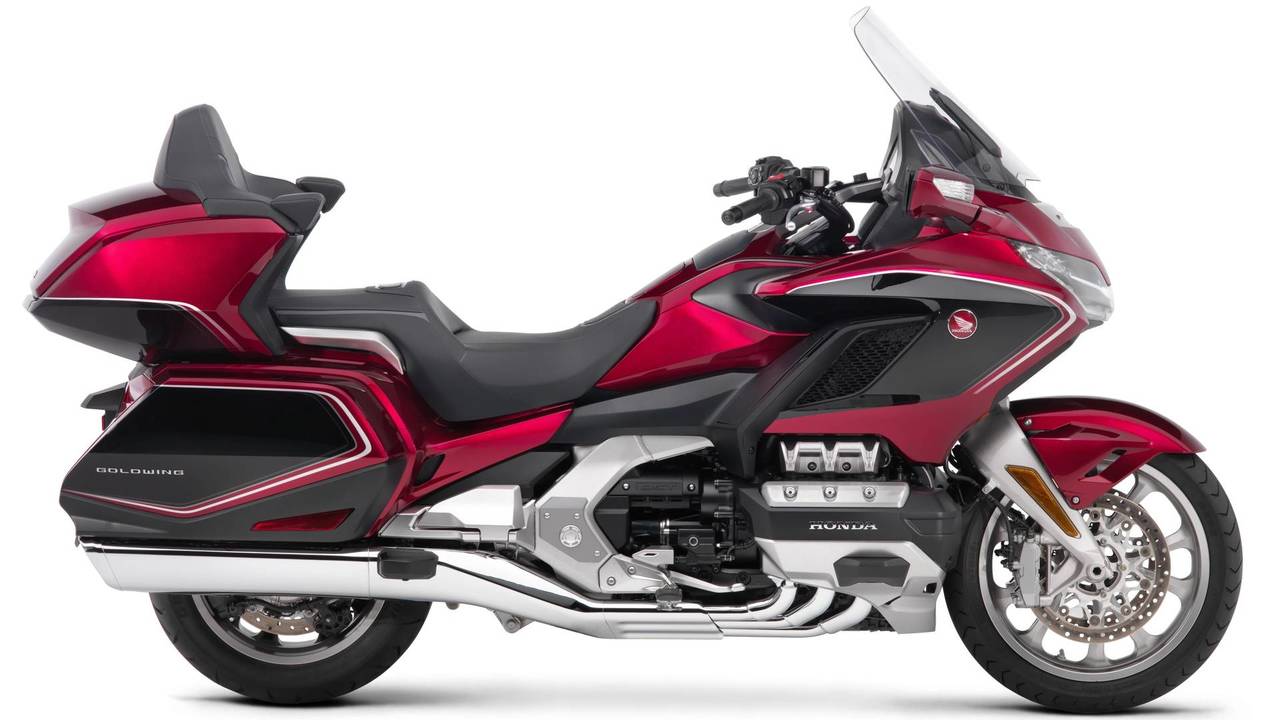 Turns out an old dog can learn some new tricks – Honda reveals new Goldwing in Tokyo.

It may have been around for over 40 years, but Honda is showing no signs of slowing down production of its distinctive Gold Wing motorcycle. In fact, it has just taken the covers off a new one at the Tokyo motor show in Japan.

The latest Honda GL1800 Gold Wing has been redesigned entirely, and is now lighter thanks to an aluminium chassis. It's also massively more modern than the outgoing version of the bike, which was first introduced in 2012.

In fact, as well has having Throttle By Wire, four riding modes, Honda Selectable Torque Control, Hill Start Assist, and an entirely new third-generation of Honda’s seven-speed Dual Clutch Transmission, the new Gold Wing is also the first motorbike in the world to be equipped with Apple CarPlay (or is that BikePlay?) as standard.

Other gadgets on this tech-laden machine include keyless go and central locking – something of a rarity on vehicles of the two-wheeled variety.

Honda says that three trim levels will be available, each with a distinct colour option:

Honda describes the new Gold Wing as having a more 'honed, athletic ethos' than the outgoing model, which it describes as 'relaxed'. As well as being lighter, it's also more compact.

The engine is a beefy six-cylinder, now with four valves per cylinder, and it returns improved fuel economy too at 50.4mpg thanks to the new slender design, which is a good job because at 21 litres the fuel tank capacity is four litres smaller than it was before.