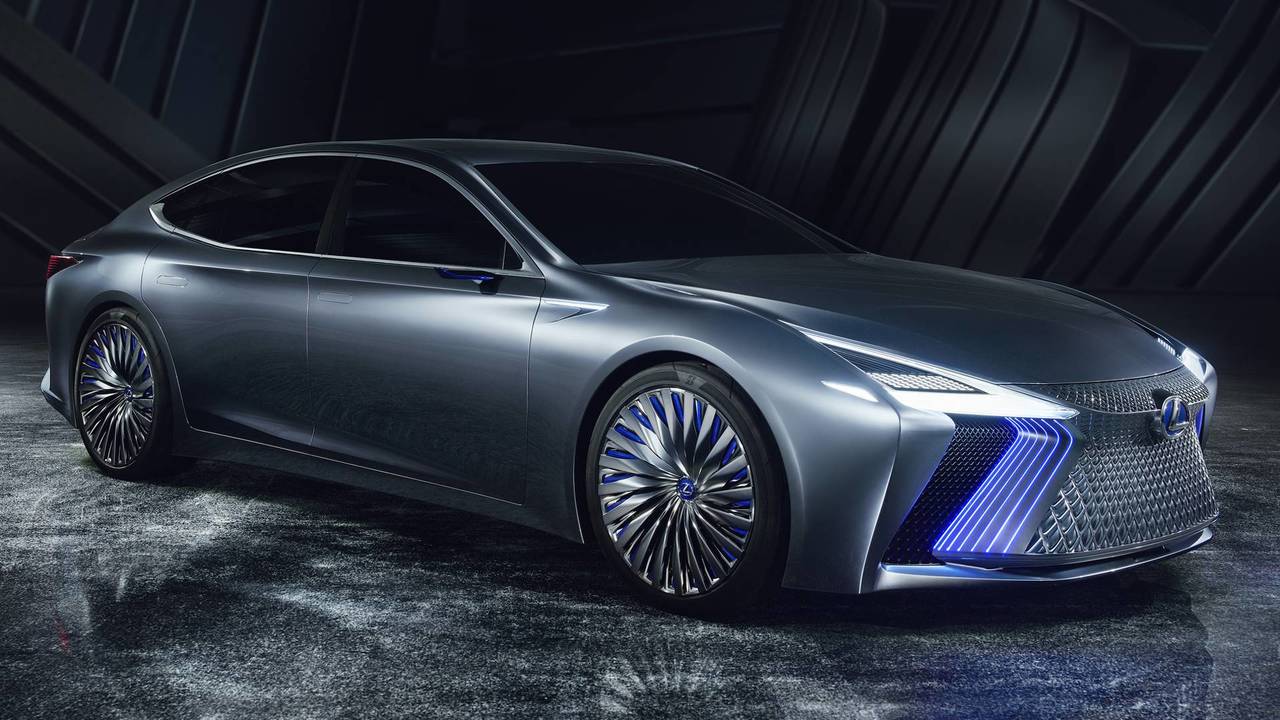 Lexus has unveiled its LS+ Concept car at the Tokyo Motor Show, previewing the autonomous driving technology expected to surface in around five years’ time.

The flagship saloon gets futuristic, yet oddly familiar Lexus styling, and a prominent grille with a shutter system to modulate cooling and aerodynamics. It also gets electronic door mirrors and laser headlights.

The car’s real showpiece, however, is its artificial intelligence-based autonomous driving equipment.

Lexus is developing its safety technologies as part of its Safety Management Concept, which is the company’s goal to eventually bring road casualties down to zero, and the LS+ is showcasing the latest developments.

As such, the concept car gets a Highway Teammate system, which allows it to drive on motor vehicle-only roads, such as motorways, while the connected technology gives it the ability to harvest online data to inform its decisions.

Connected tech will also allow the AI to learn and increase its functionality using over-the-air updates.

Although the technology, which sits alongside existing driver aids such as automated merging and adaptive cruise control, is fitted to the LS+ Concept, it is not expected to reach production cars until the early 2020s.

Sadly, all 50 of the grey-painted vehicles will be destined for Lexus’ home market of Japan.