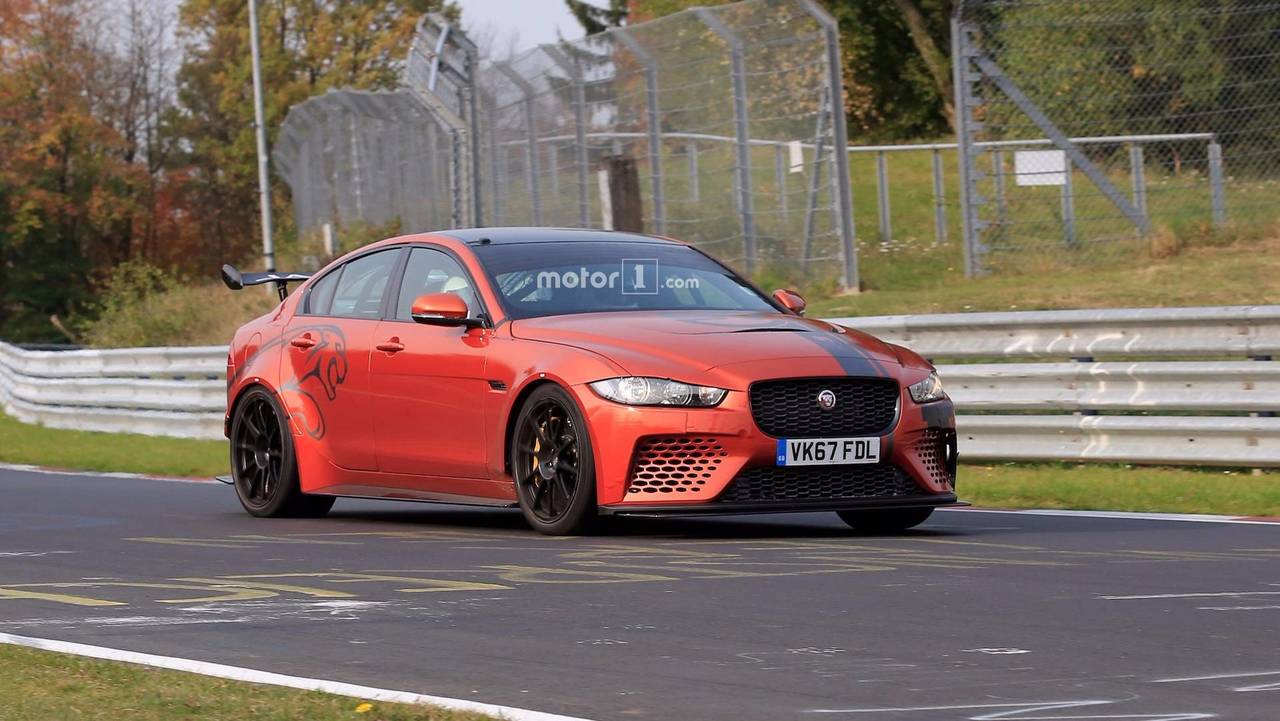 The Alfa Romeo Giulia Quadrifoglio could be dethroned.

Jaguar unleashed its XE SV Project 8 at the 2017 Goodwood Festival of Speed – with a 5-litre V8 and a whopping 592bhp, it has quickly cemented itself as the fastest vehicle the company has ever built. Now it could be gunning for the Nürburgring record.

New spy photos show the XE SV Project 8 taking on the 'Ring, wearing a bright orange finish with grey livery and racing stripes. Though it looks to be another pre-production example (note the dramatically extended exhausts), this particular model should be closer to production than the examples we've seen before – especially seeing as deliveries are expected early in 2018.

In order to be crowned the fastest four-door car on the Nürburgring, the Jag will have to take down the potent Alfa Romeo Giulia Quadrifoglio, which posted a time of 7 minutes 32 seconds earlier in the year. Apart from its potent 592bhp V8, the XE comes fitted with plenty of track-focused features to boot...it's almost as if it's been designed with track work in mind.

All that power comes with all-wheel drive and an eight-speed automatic, propelling it from 0-62 miles per hour in just 3.3sec, and on to a top speed of 198mph. An electronic active differential comes paired with a stiffer suspension and features like the F1-inspired ceramic wheel bearings and carbon ceramic brakes should give the Jag the edge it needs to beat the Alfa.

The XE SV Project 8 is the second special edition vehicle from Jaguar's Special Vehicle Operations division, following the F-Type Project 7 in 2014. Like the F-Type, the XE will be produced in extremely limited numbers – just 300 examples of the saloon will be delivered worldwide.