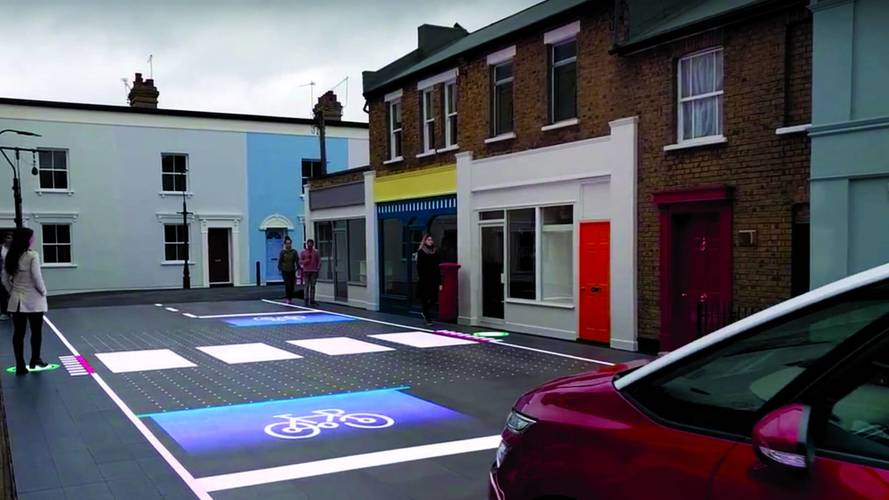 The new system was developed by Umbrellium and unveiled in London.

While most car makers are looking to upgrade their vehicles with the latest safety tech, at least one company is engineering that same type of safety for roads.

A new LED road capable of detecting pedestrians and warning road users of hazards is being developed and was revealed last week at a private event in London.

The road system was designed by urban technologists Umbrellium for insurance firm Direct Line. The technology uses HD cameras and LED technology embedded into the road, which the company said could significantly cut the number of road accidents in the future.

'We’ve created a road that’s capable of detecting and responding to pedestrians,' said Umbrellian founding partner Usman Haque. 'Two cameras capable of recording hundreds of different variables monitor the 22m crossing and once they detect pedestrians or other road users will feed the information to the computer system in less than a hundredth of a second."

The technology uses a computer program developed by Umbrellium that is able to learn and help predict pedestrian movements. The road surface is made of a high-impact plastic that is able to withstand heavy traffic, says the company.

Inside the plastic are more than 660 LEDs that can be programed to change color or create patterns, depending on the situation. The company didn’t give a price on the 22m prototype, but said that it took more than nine months to construct.

'Our prototype is waterproof, can hold the weight of vehicles and can recognise the difference between pedestrians, vehicles and cyclists – it’s ready to change the future of how we cross the road,' said Haque.