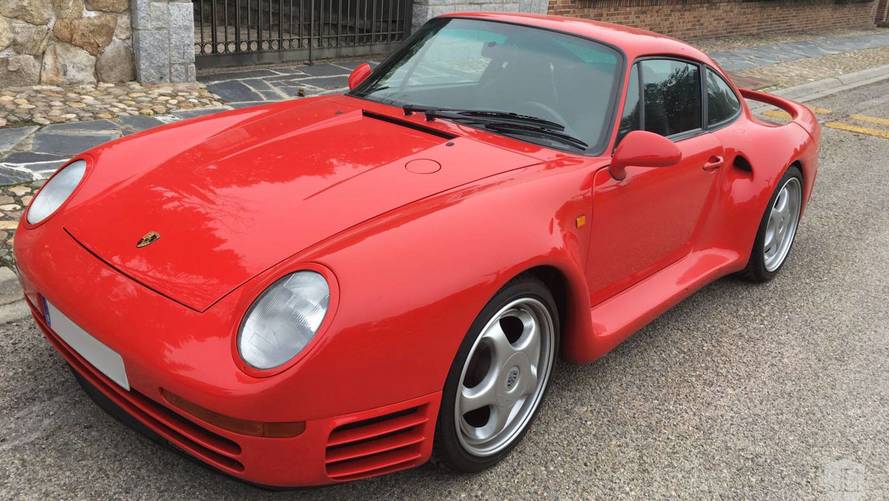 It's up for sale on JamesEdition.

The 959 remains an icon within the Porsche community. Just 337 examples were produced – including 37 prototypes and pre-production examples – between 1986 and 1993, each at a cost of around £155,000 when new. Today, getting your hands on a relatively clean example will set you back around £1 million – but one seller is asking significantly less for his handsome example, though there's is a catch.

Available for purchase through JamesEdition, this Porsche 959 asks a mere £250,000. It comes finished in a lovely red exterior, has driven just over 36,000 original miles… and it’s a replica. To be fair, it’s not just some garage-built, half-hearted attempt at making a quick buck.

In the cabin, red and black leather with red accent stitching and carbonfibre accents coat nearly ever inch. The seller says the car is in perfect condition, and comes with working air conditioning, electric windows, radio, semi-electric seats, a central lock, and an alarm. The car was serviced less than five months ago and is registered on Spanish plates. It’s available for sale in Marbella, Spain.

But the question remains – is this 959 replica really worth the six-figure asking price? Given that a new or nearly new 959 is out of the question for most, this seems like the next best option. A similarly reimagined Porsche 911 done by Singer will set you back no less than £280,000, so this particular example seems like a supercar bargain.