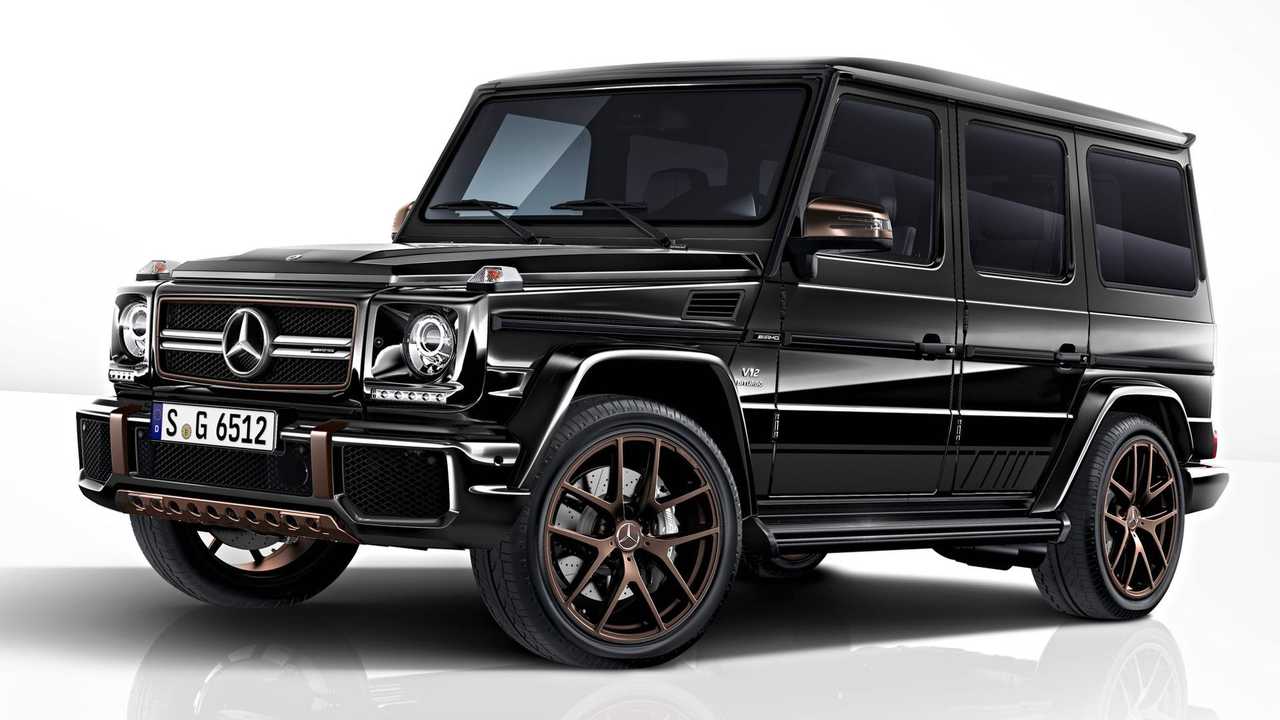 Mercedes has revealed its final run-out version of its gas-guzzling AMG G65, celebrating the end of production for the V12-powered 4x4.

Just 65 examples of the G65 Final Edition models will be built, with each sporting model-specific exterior design tweaks and additional equipment.

From the outside, each car will come with matte bronze trim on the skid plate, bumper trim, wheels, mirrors and grille surround, while the running boards and exhaust tips are painted in matte black.

Inside, the Final Edition cars will benefit from the Designo Exclusive package, which includes black leather with a carbon-fibre effect on the seat bolsters, as well as stitching that matches the bronze trim on the exterior. Other goodies include the AMG Performance flat-bottomed steering wheel and the Seat Comfort package, which offers ‘climatising’ seats with contoured padding.

All this, though, comes over and above the G65’s already impressive standard specification, which includes leather upholstery, satellite navigation, climate control and stunning off-road capability. Mercedes claims that each G-Class can tackle gradients of up to 80 percent and wade through water up to 60cm deep without any water ingress into the cabin.

Power – all 621bhp of it – comes from a 6-litre twin-turbo V12 mated to a seven-speed automatic gearbox. According to Mercedes, that’s enough for a 5.3sec 0-62mph sprint, while fuel consumption stands at an eye-watering 16.6mpg.

Prices for the UK market have not been announced, but the car is set to cost around £277,000 in Germany.