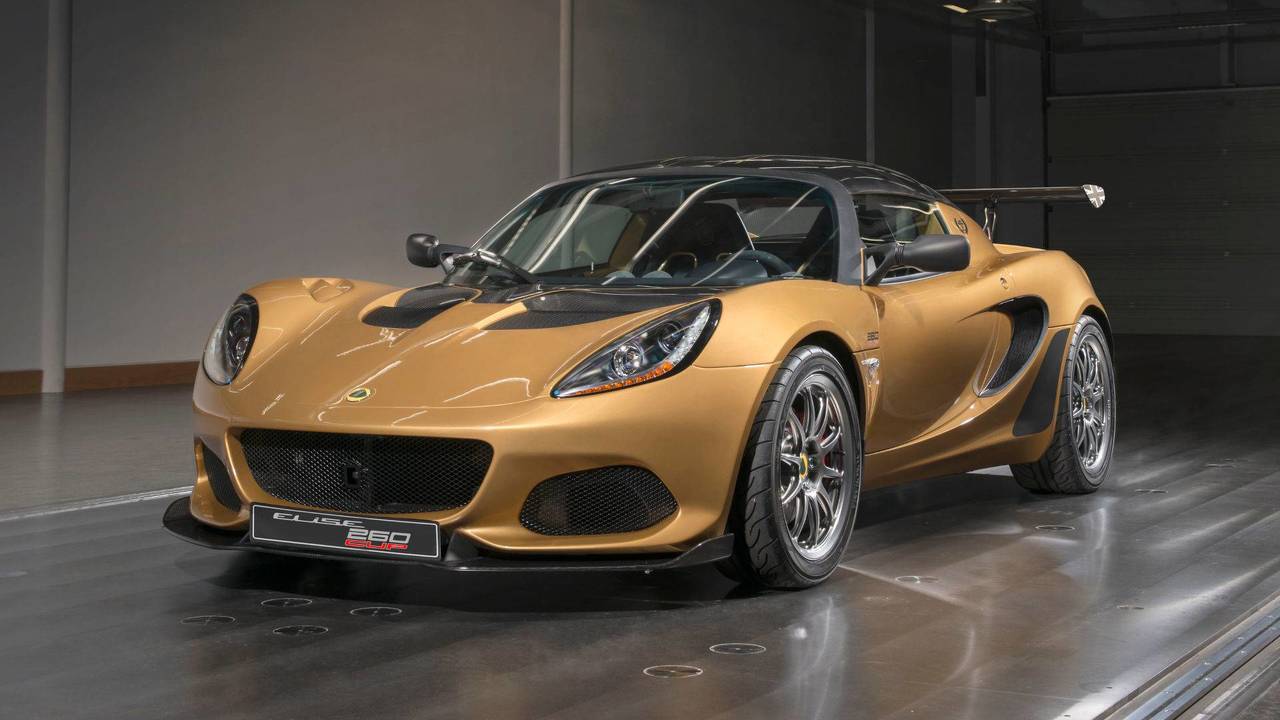 Extreme track-tuned Elise is a proper racing car for the road.

Another day, another special edition Lotus, this time it’s the ultra-exclusive Elise Cup 260, of which just 30 will be made available in the entire world. And at least it’s not an SUV.

The new car is race-inspired and has fancy aerodynamics that generate actual downforce – 180kg of the stuff at 151mph.

The car abounds with carbonfibre touches throughout in order to save as much as weight as possible – even the seats are lightweight racing numbers, and the engine battery has been replaced with a lightweight li-ion unit to cut more crucial grams.

Not to be confused with the Elise Cup 250, the new car has a racing chassis developed by Lotus’s motorsport division and the supercharged 1.8-litre engine has been tweaked with new air intakes and revised calibrations to produce a heady 250bhp and 188lb ft torque. Numbers that are all the more impressive when you consider the car weighs in at a bantamweight 902kg.

With the car’s six-speed manual gearbox and sports ratios deployed to full effect, the 0-62mph run is taken care of in 4.2 seconds.

The 260 is fitted with 16-inch front and 17-inch rear forged alloys with tyres that are 10mm wider than on the previous 250 model for extra grip.

The interior of the new car features liberal splashes of Alcantara and carbonfibre, as well as an open-gated gearstick that will surely be a talking point for passengers.

Lotus CEO Jean-Marc Gales said: 'As we near the 70th anniversary of the inception of Colin Chapman’s engineering legacy, it’s only right that we build the very best cars as special editions, and the Elise Cup 260 is certainly worthy of that accolade.'