Rolls-Royce Cullinan spotted out testing – including the interior 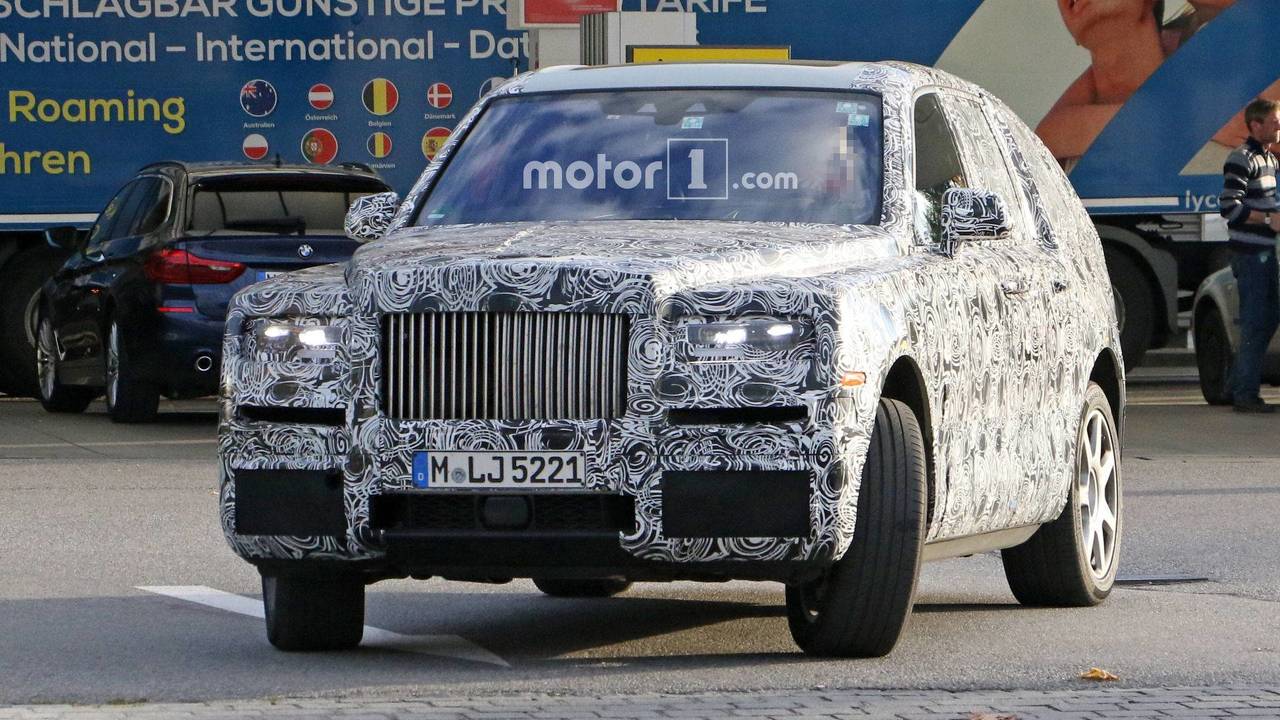 The latest shots of Rolls-Royce's new SUV being tested ahead of its 2018 launch.

Rolls-Royce might have just launched its new Phantom, but the tide of development doesn’t stop for anything, and we’ve spotted the British luxury manufacturer’s new Cullinan SUV out testing – including some shots of the new car’s interior.

The prototype caught here might be using a steering wheel from parent company BMW, but that instrument panel looks very similar to the one found on the new Phantom. From what we're allowed to glimpse of the interior, the rest of the dashboard is a more conventional affair.

The Cullinan will use Rolls-Royce’s new aluminium platform that has been specially developed by the company and will eventually underpin all of the company’s models as they’re redeveloped.

This new car is set to capitalise on the fashion for SUVs, with a high riding position (as if the Phantom wasn’t tall enough) and plenty of ground clearance should you wish to go off-road on your country estate.

Power will come from Rolls-Royce’s signature V12 engine, but we hear there might be a plug-in hybrid version of the car on the way later on.

The Cullinan – officially still the car’s code name for testing – is named after the world’s largest rough diamond, which was found in South Africa in 1902 and weighed over 3,100 carats.

Gifted to King Edward VII of the United Kingdom, it was later cut into nine separate diamonds, the two largest of which are the biggest cut diamonds in the world. One of them can be spotted during the Queen’s Speech in parliament each year when Queen Elizabeth II wears the imperial state crown.

Gallery: 2018 Rolls-Royce Cullinan spy photos inside and out