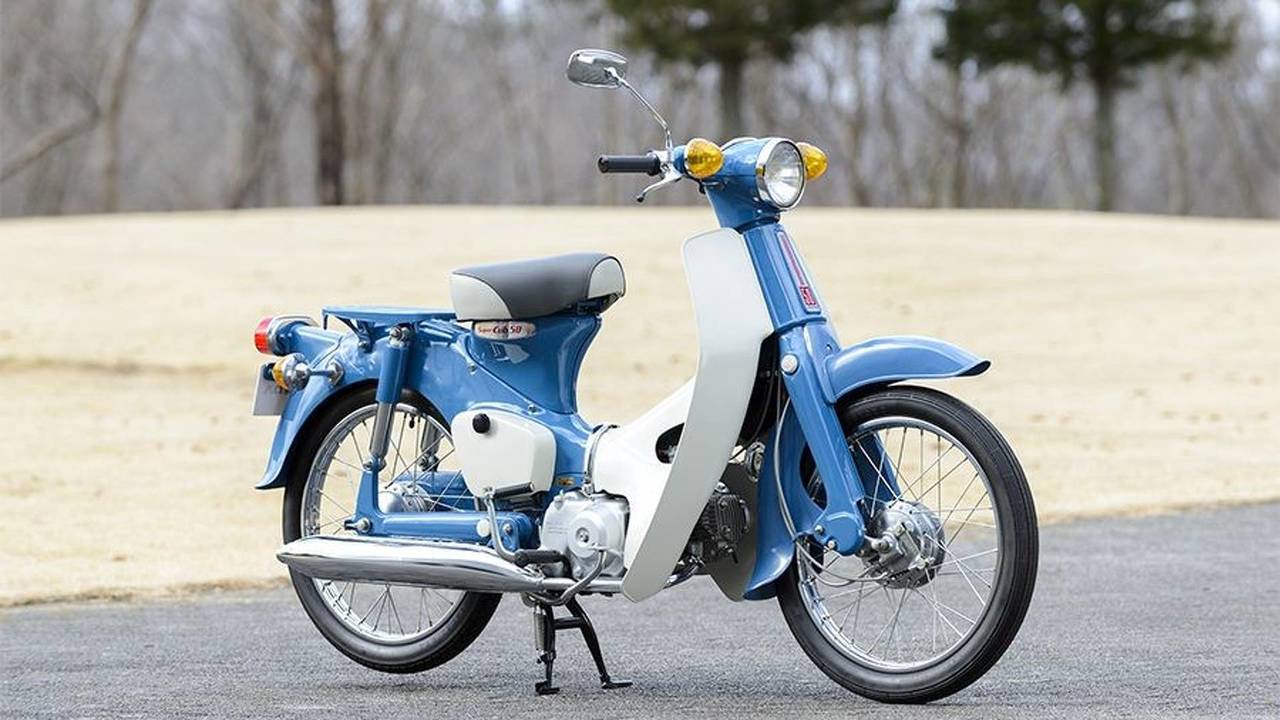 Surprise fact: It's the best selling vehicle of any kind, ever.

The Honda Cub – the world’s best-selling vehicle, of any type, ever – has reached a staggering 100 million production milestone.

The Honda badge may today appear on all sorts of wonderful and seemingly random machinery that encompasses cars, bikes, planes, quad bikes, chainsaws, snowblowers, even portable generators, but the glue that binds them all together is engines. And it all started with the Super Cub.

Back in the 50s, Soichiro Honda was a brilliant engineer willing to turn his curiosity to anything. During World War II, he developed a clever milling machine to speed up the production of aircraft propellers. Afterwards, he experimented with decorative glass frosting and designed roofing sheets from woven bamboo. But his greatest endeavour was inspired by an old wireless radio, or rather, the motor that powered it. Only Honda could have seen the tiny engine and thought, ‘you know what – that could power a bicycle’.

The idea was wildly popular, and by 1946, Honda was making his very own engine and the company’s first motorbike, the A-Type. Next, he devised a small engine and fuel tank package that could be attached to a common bicycle. This cheaper vehicle, the Cub F, was enlisted in the Society of Engineers of Japan ‘Landmarks of Japanese Automotive Technology.’ But Honda wasn’t done.

Private car ownership remained a lofty dream in post-war Japan, so most people commuted on motorcycles. Honda’s vision was to create a compact, accessible that was low cost and could be operated by anybody. Unusually, he decided to use a more expensive four-stroke engine rather than a more conventional two-stroke engine, because it delivered more power, better fuel economy and cleaner emissions. It was also more durable. He also installed an automatic clutch, making it easier to ride, and created a fairing that would protect trousers or dresses from road splatter. It was a model that resonated across the globe.

The first-generation Super Cub C100 began in Yamato, north of Tokyo, in August 1958 – but today Honda produces the Super Cub in 16 plants across 15 countries. Its design remains a template for all modern scooters and is so iconic, that in 2014 it became the first vehicle to obtain a three-dimensional trademark registration in Japan.

It also put Mr Honda on the map. Following on the success of Super Cub, he then decided to catch the world’s attention by sending a team to compete at the Isle of Man TT – a world-famous road race. 'It goes without saying,' he said, 'That the winner of this race will be known across the globe'.

And he was right. Success at the 1959 TT turned Honda into a household name, almost overnight. Honda quickly became the world’s biggest bike manufacturer, a title it holds to this very day.