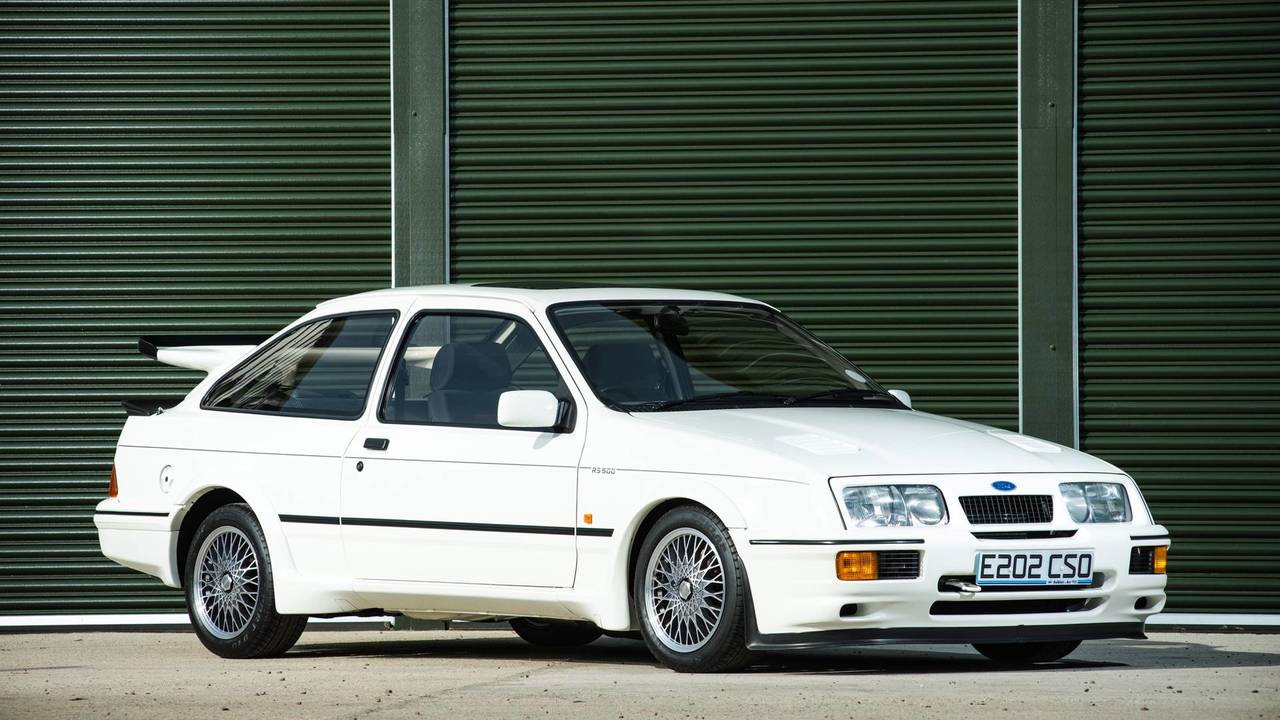 Want a brand new old car? Now's your chance to own an icon – but it's expected to break records.

A box-fresh McLaren F1 is one thing, but a virtually brand new Ford Sierra Cosworth RS500 is set to go under the hammer next month and get pulses racing.

The mint classic is expected to fetch a record price as old car enthusiasts warm up their auction paddles at the annual Classic Car Show, which takes place at the NEC in Birmingham from 11-12 November.

Only 500 Sierra Cosworths were built between 1986 and 1992 – all of which were built to help with Ford's British and European Touring Car campaigns – with 56 of them finished in white like the example up for sale. The car has become an icon among car enthusiasts, with recent well-cared-for examples reaching stratospheric numbers when they've gone on sale.

This particular car only has 6,000 miles on the clock, and has never had any major work carried out on it save for a recent service in 2014 when the engine belts, battery and fluids were replaced.

'Very few of us have ever come across one of these in such a well-preserved state with such low mileage,' said Silverstone Auctions MD Nick Whale. 'The Sierra Cosworth RS500 is truly the car of the moment among collectors, and this is the best example I’ve ever seen.'

Earlier in the year a similar 1987 RS500 achieved a record-breaking auction price of £115,000 at Silverstone Auctions’ sale at the Silverstone Classic. Following that, this white example has a rather conservative estimate of £100,000 - £115,000, but is expected to rake in more.