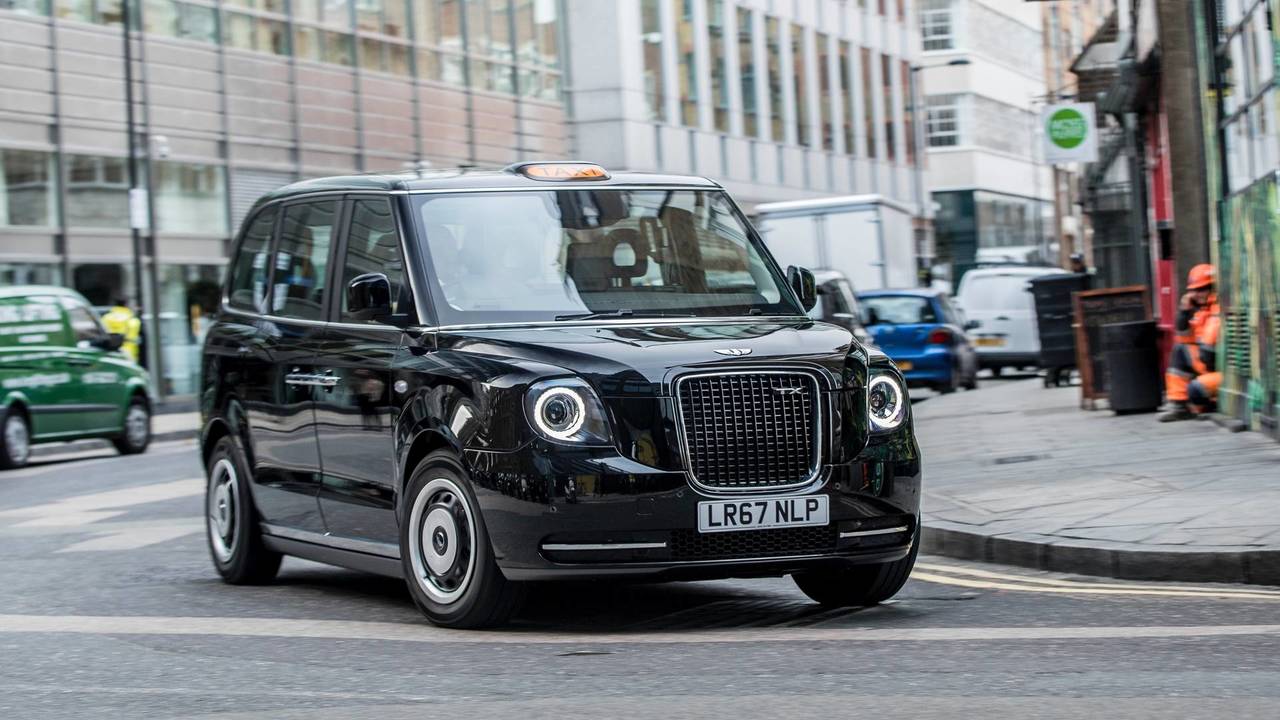 The electrified London black cab, officially known as the TX eCity, has been spotted on the streets of London town ahead of its on-sale date in November. Cor blimey guv’nor, etc.

The new black cab is critical for the city of London, as it approaches 2018 amid huge failings in air quality targets. Transport for London (TfL) has been forced to impose a deadline for all newly licensed taxis to be zero emissions capable by January 2018.

A number of key UK cities, including Birmingham, Leeds and Southampton, will also follow London’s initiative by introducing ultra-low-emissions zones by 2020. Consider also that every black cab has a maximum 15-year lifespan, and sooner than you think every cabbie will be buying or renting a TX eCity.

The new black cab is manufactured by the London Taxi Company which, for obvious reasons, has recently been renamed the London Electric Vehicle Company (LEVC). Manufactured in Coventry, the TX eCity uses a lithium-ion battery pack that can offer 80 miles of zero emissions motoring as per the new rules for London taxis.

It is also supported by a 1.3-litre petrol engine that can drive a generator and recharge the battery to help alleviate range anxiety. Think of it then as a more powerful, more practical BMW i3.

Owners will be able to charge their cab from one of the 300 dedicated charging stations installed in London by the end of 2018, with 75 percent capacity taking just 30 minutes on a 22kW charger.

It’s more practical than previous cabs, too. The driver now has sat nav with real-time traffic updates, there are six passenger seats, a panoramic roof, free wifi and USB charging sockets, plus a new rear-hinged door that will make you feel like you’re stepping into a Rolls-Royce Phantom. Sort of.

Prices for the TX eCity are expected to start from £56,000 – that’s £10,000 more than it costs to buy the current diesel taxi. However, LEVC argues that the TX eCity will benefit from significantly reduced maintenance costs and on an average 120-mile day working route, owners will save in the region of £100 per week on fuel.

LEVC CEO Chris Gubbey said: 'We will now be able to accurately quantify the significant improvements these vehicles will make to London’s air quality which will benefit all Londoners regardless of whether you use taxis or not. For those that do, the experience will be transformational.'