A new Mercedes-Benz A-Class is on the way for a 2018 launch, and testing is well underway at Mercedes.

The latest spy photos of the car show two examples of the next-generation Mercedes-Benz A-Class being tested together in two different specifications. Not only that, but they have a Volkswagen Golf along in tow for some all-important benchmarking. 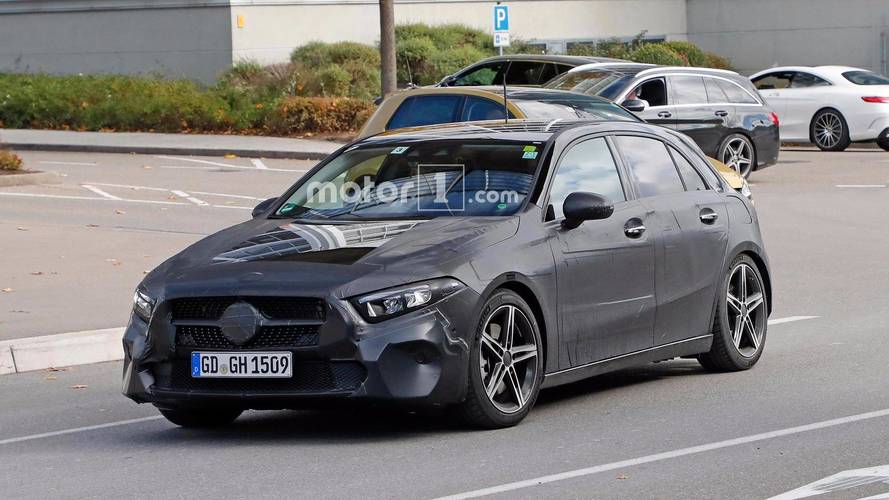 The black example appears to have a little less camouflage than its lighter counterpart. Some of the body cladding distorts the exterior design, but this one provides a better look at the shape.

It’s an attractive design with a low nose and angular new headlights. The overhangs look shorter than the current model, too. The rear continues the sharp appearance, including pointed exhaust outlets and matching taillights. 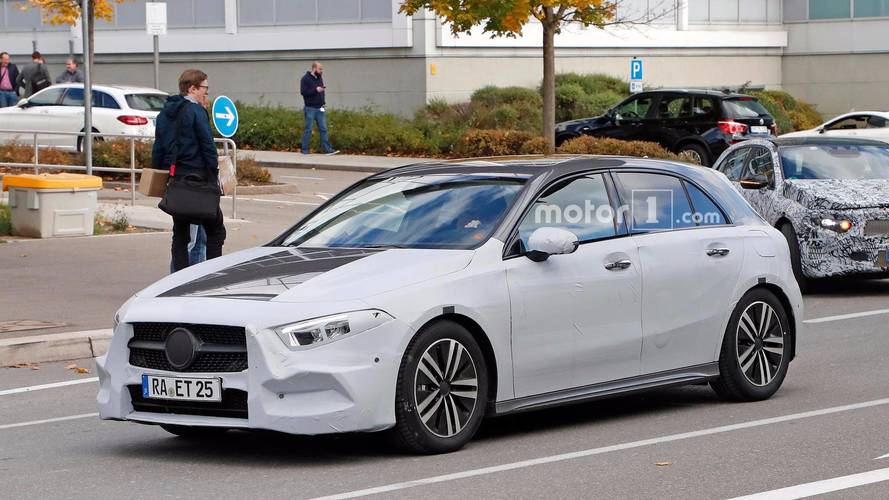 The white camouflage on the other model does a better job of hiding the vehicle’s lines. However, this one lets us see the angular LED day running lights.

Inside, the A-Class looks set to take a high-tech move upmarket. Cabin spy shots show a pair of digital screens: one for the instruments and another for the infotainment system.

A dark metallic trim panel surrounds the air vents and there’s a stylish array of buttons below. The multifunction steering wheel looks like it will offer even more control for the driver. 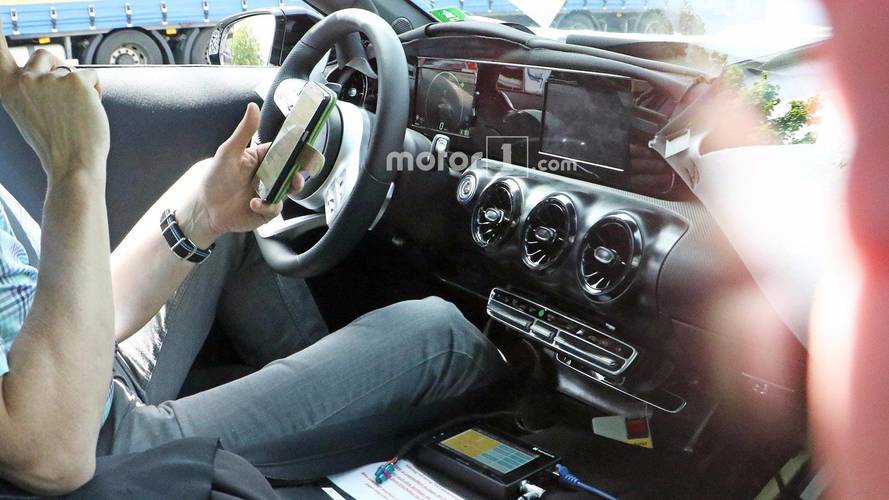 The A-Class moves to Mercedes’s MFA2 platform, which is lighter than the current version. The model occupies roughly the same footprint, but the longer wheelbase allows for a bigger passenger compartment.

We've already seen the new Mercedes-AMG A45 under development – that car is set to pack a newly developed 2-litre turbocharged four-cylinder petrol unit with 402bhp.

The new A-Class is set to debut at the Geneva motor show in March 2018 and will be on sale before the end of the year in Europe and the A45 will follow by the end of 2018.

Check out the current model: